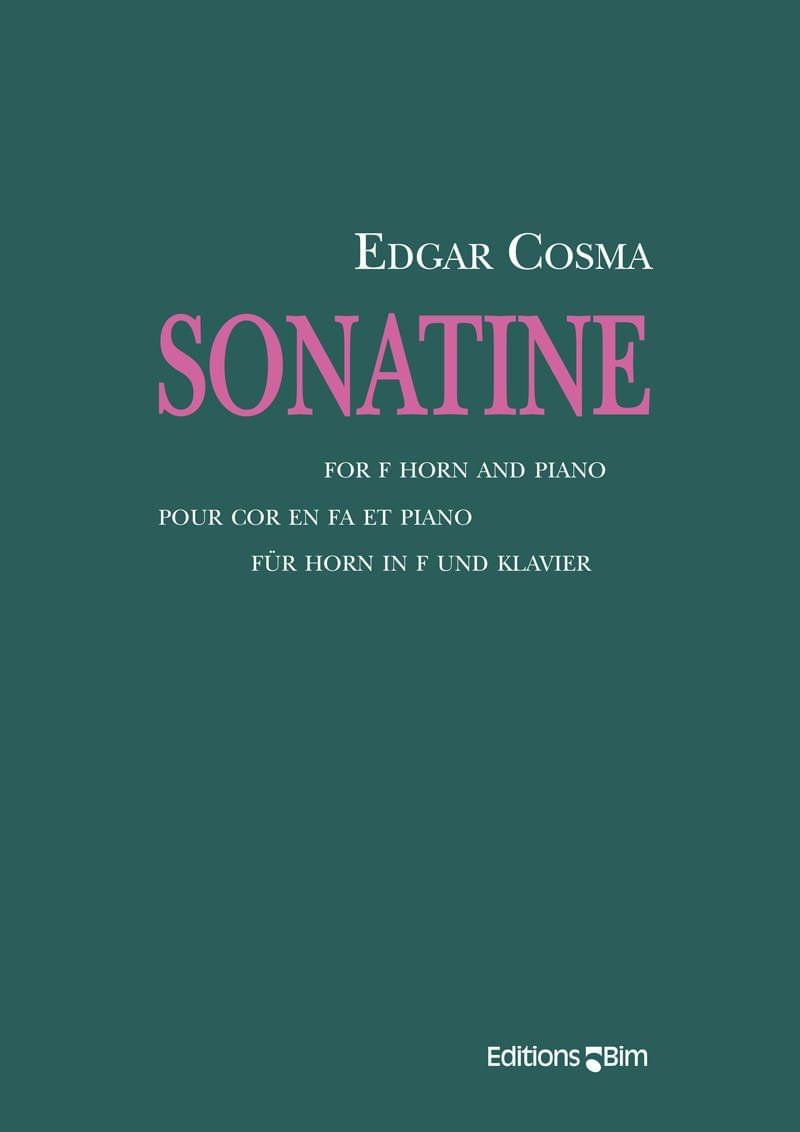 Edgar Cosma completed all of his studies in Bucharest, the city of his birth (1925). Having earned his Master of Arts at the University, he obtained degrees as well in composition and orchestra conducting at the National Conservatory. He settled in Paris in 1960 and achieved French citizenship in 1966. As guest conductor he has directed numerous concerts all over the world. He was appointed head...
Read more

A youthful effort, this Sonatine is evidence of the love of the composer for the horn, his «second» instrument at the Conservatory, and of the influence on him of the rhythms and modes of the folk music of his native Rumania, as well as the discovery of such composers as Ravel and Bartók. But certainly is revealed already a very personal music profile in this charming, and highly expressive work.