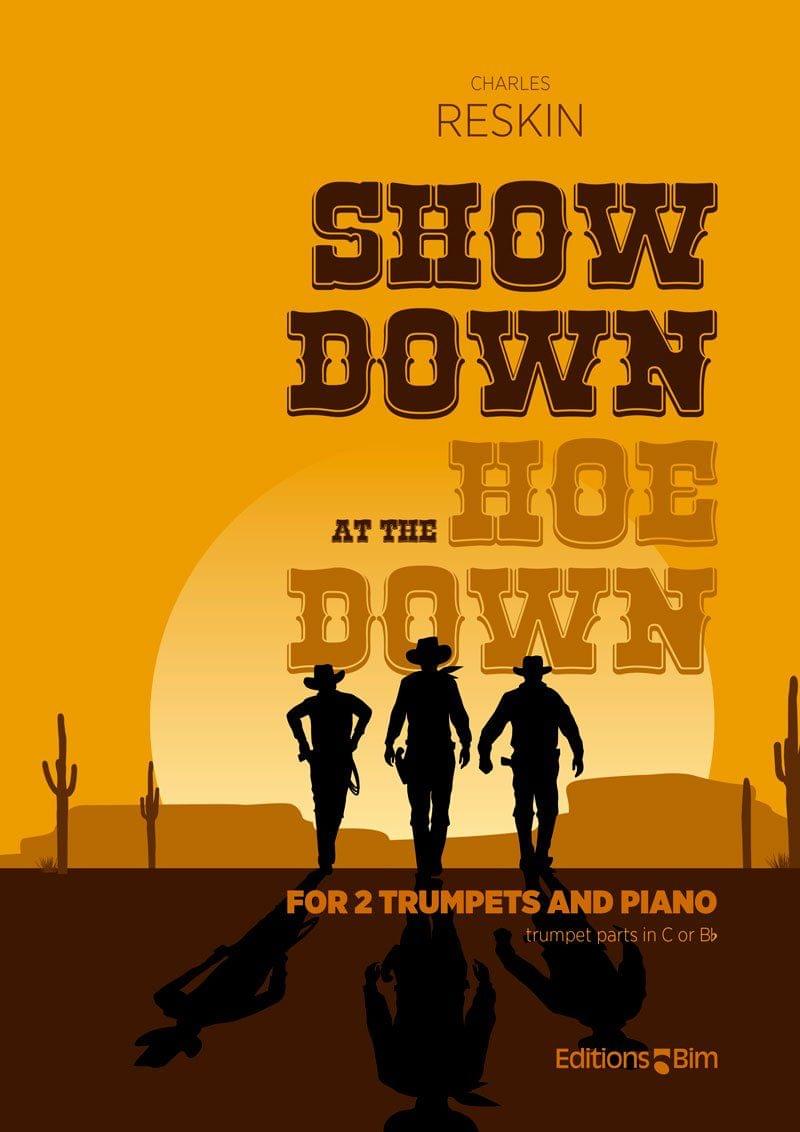 About Showdown at The Hoedown

Showdown at the Hoedown, written for Ronald, Avis and Aaron Romm, is a light-hearted tribute to the genre of "cowboy"  music. It's a lively mixture of Bach, Copland, a little jazz, and, hopefully, a little Reskin. Charles Reskin, USA, 2016