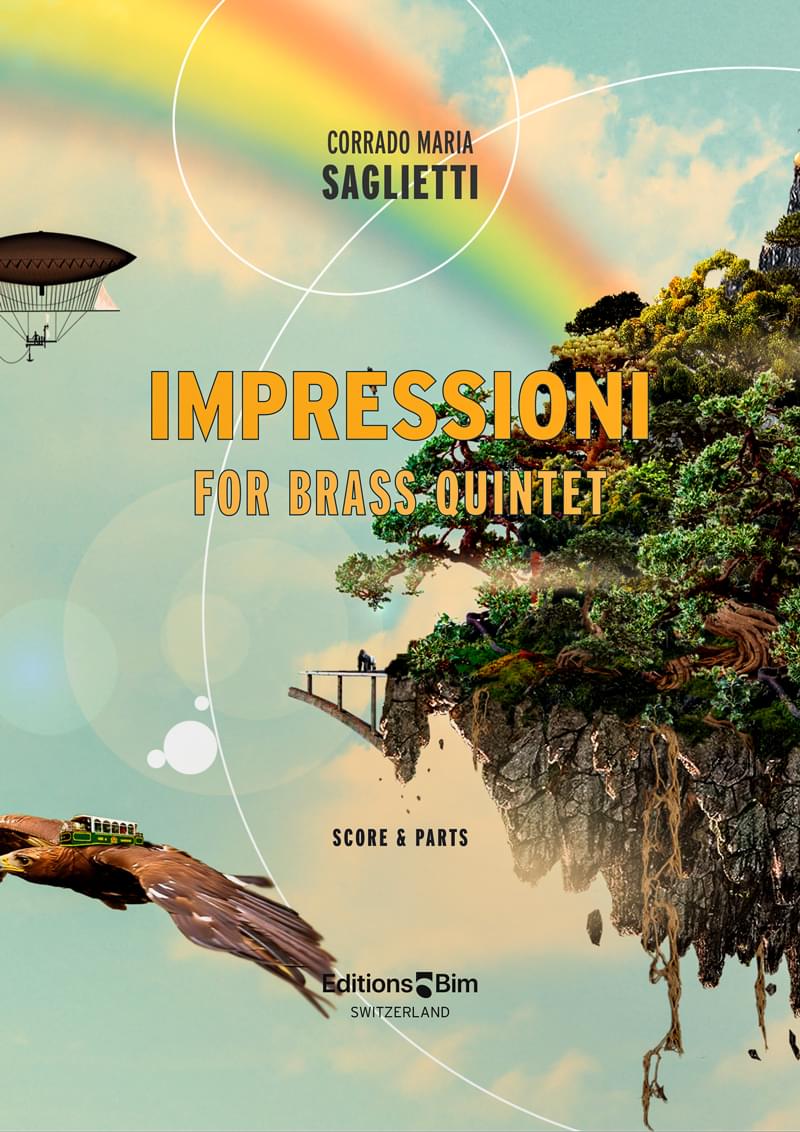 Evoke visual and acoustic memories of far away places

Impressioni is a work consisting of five movements of different and contrasting styles and musical form intended to evoke visual and acoustic memories of far away places, real or imagined, including the calls of the animals and other wildlife that live in those places.