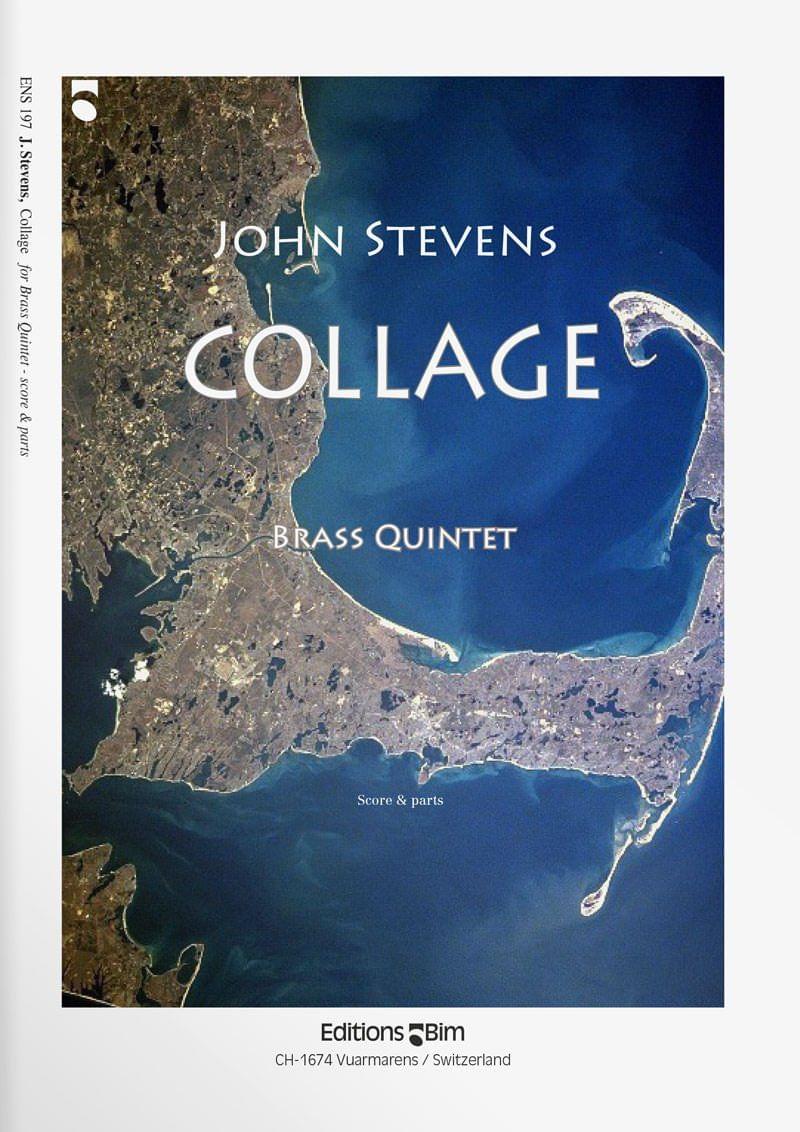 The beauty of the seaside

"Collage" was written by John Stevens in spring 2009, while he was residing on Cape Cod, Massachusetts. The music and the movement titles reflect the beauty of the seaside surroundings. The seven movements are to be performed without pause, inspired by the usual format of a "collage" concert.  Two Across is for the two trumpets, Three Down for the other instruments of the quintet and Homage to Canon is a tuba solo. All other movements feature the entire ensemble.