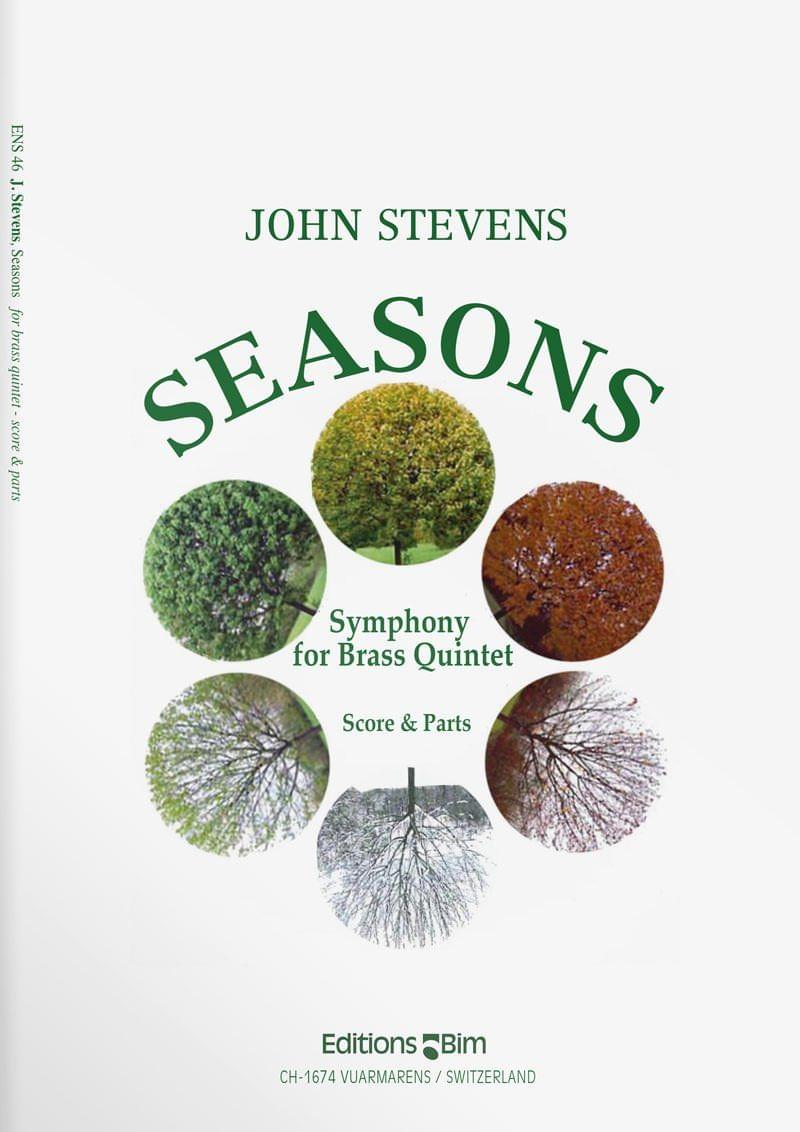 The changes of seasons

Spring is a time of new beginnings; of growth and warmth returning. Each instrument has a chance to “blossom” in this opening movement.

Summer is a joyous dance of great speed and agility - the music is, except for a short section in the middle reminding us of the stifling summer heat, a celebration of the activity and “outdoor” nature of the season.

Autumn is the most beautiful of the seasons, with it’s cool days and gorgeous colors. There is also a melancholy atmosphere to the music, forewarning the coming of winter.

Winter can be many things, but in this work the composer chose to portray the violent, cold, cracking, stark nature of the Wisconsin winters. This finale movement returns at the end to the music of Spring, completing the year’s cycle to conclude the piece.

“Seasons” is subtitled “A Symphony for Brass Quintet” because the nature of the movements - long opening movement, scherzo, slow movement and finale - parallels that of the classic symphony.