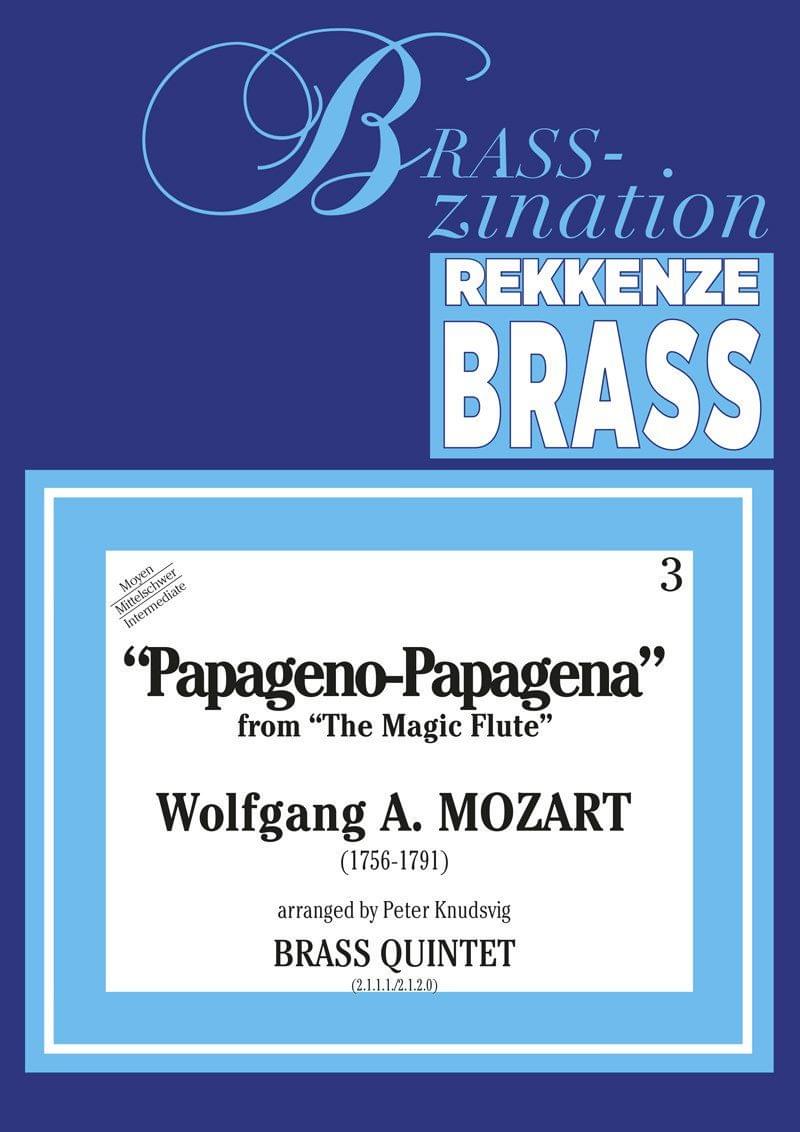 Duet-Aria from "The Magic Flute"

Papageno in Mozart's "The Magic Flute" is a bird catcher who is himself half-bird and half-man and who in addition to catching birds is constantly looking for a mate. Somewhat of a simpleton but nevertheless a jovial character, Papageno could in today's terms be called the "comic relief" in the opera. For that reason Mozart's music for him abounds in humor. In this particular duet aria, which comes near the end of the opera, Papageno sees his mate Papagena for the first time and they both rejoice over the discovery and even manage to have their first family squabble (meas. 60). The music is always gay and humorful even in argument.