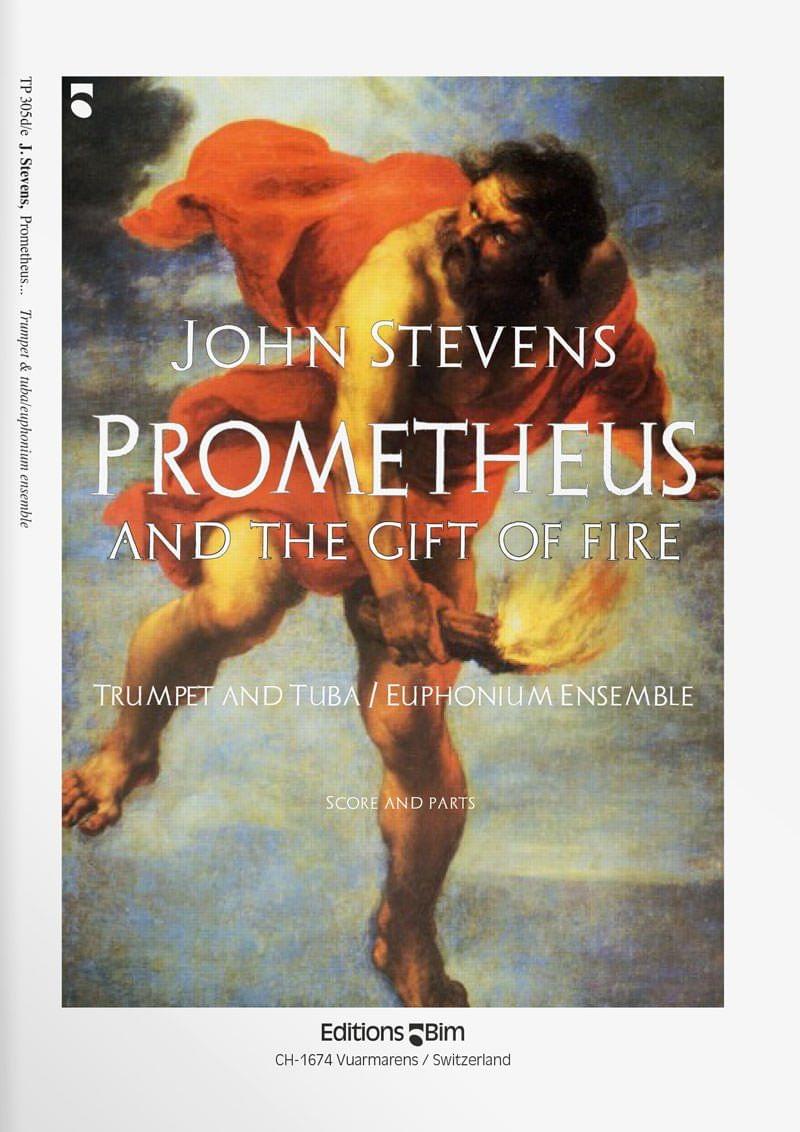 John Stevens
Prometheus and the Gift of Fire
for trumpet and euphonium/tuba ensemble
advanced Duration: 9' About Prometheus and the Gift of Fire

The work loosely depicts the improvement in the lot of mortal man when presented with fire, stolen from the Titans by Prometheus.