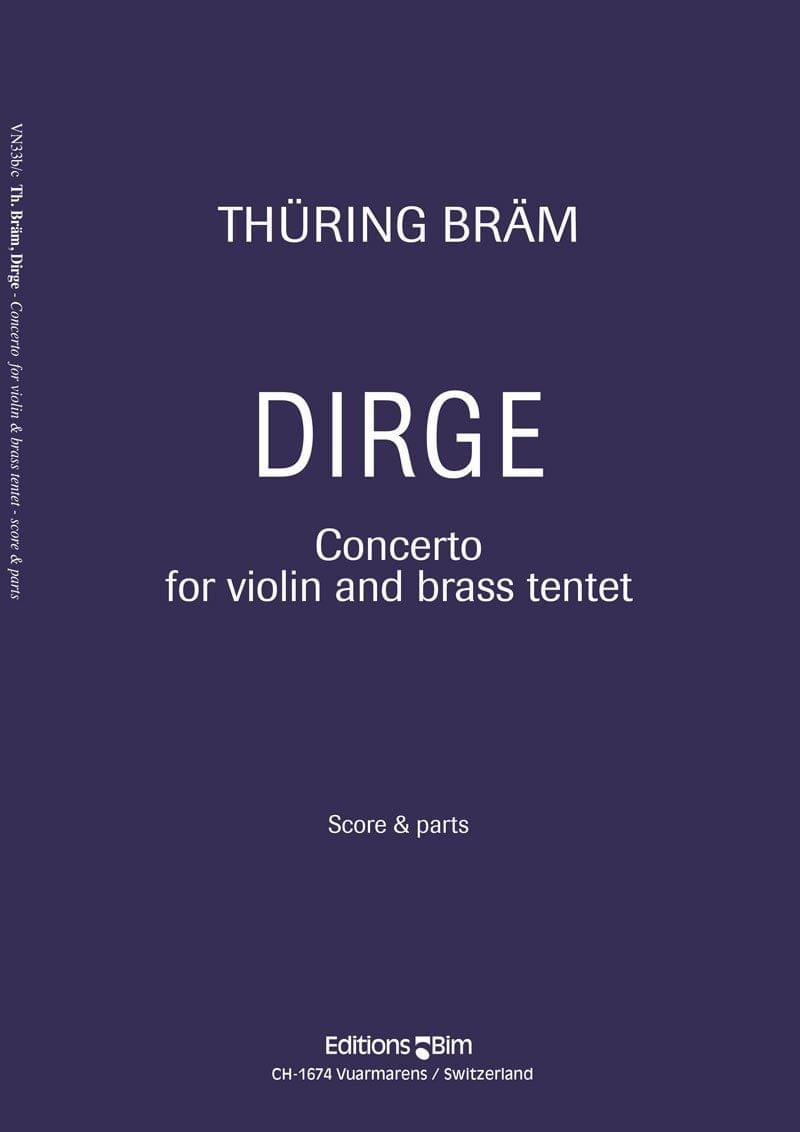 Swiss composer Thüring Bräm was born in 1944 in Basel (Switzerland) where he completed his studies in piano and orchestral conducting.  He continued his studies at the Curtis Institute in Philadelphia (conducting) and the University of California, Berkeley (MA in composition). His studies in musicology were done at the Universities of Basel and Heidelberg. Bräm was director of the...
Read more

Between 1980 and 2000 the distinguished British trumpet player Philip Jones was a regular adviser and guest of the Lucerne Conservatoire where I had been the Principal from 1987 onwards. With his critical ideas and his brass workshops and concerts he enriched the life of the brass department in a decisive way.

In 1998, at the end of one of his wonderfully lively concerts in which some of his own “Philip Jones Brass Tentet” repertoire had been performed, he said to me half jokingly “My programmes are usually entertaining and jolly, why don’t you write a really serious piece for a brass tentet (4 trumpets, horn, 4 trombones, tuba) for a change?” I wanted to compose something new which would oblige the brass players to make use of their soft colours and their virtuoso flexibility. Coincidentally, a highly talented young Lucerne student, Brigitte Lang, was at the Conservatoire then, and I decided therefore to compose a violin concerto in five movements for her and the brass class. Philip Jones received the score around Christmas 1999 and a week before he died (17 January 2000) I was lucky enough to talk to him on the telephone about the piece. It had been known for some time that he would no longer be able to direct it himself, and in the end the ‘serious’ piece became a “Dirge” (a piece to commemorate death in the anglo-saxon tradition).

The introductory Chorale as well as the March reflect this sombre vision which, after the enigmatic Sphynx movement, begins to light up, transcending.

The world première (in memoriam Philip Jones) took place on 3rd March 2001 at the Church of St.Peter in Zürich under the direction of the composer.
(This text has kindly been translated by Ursula Jones)