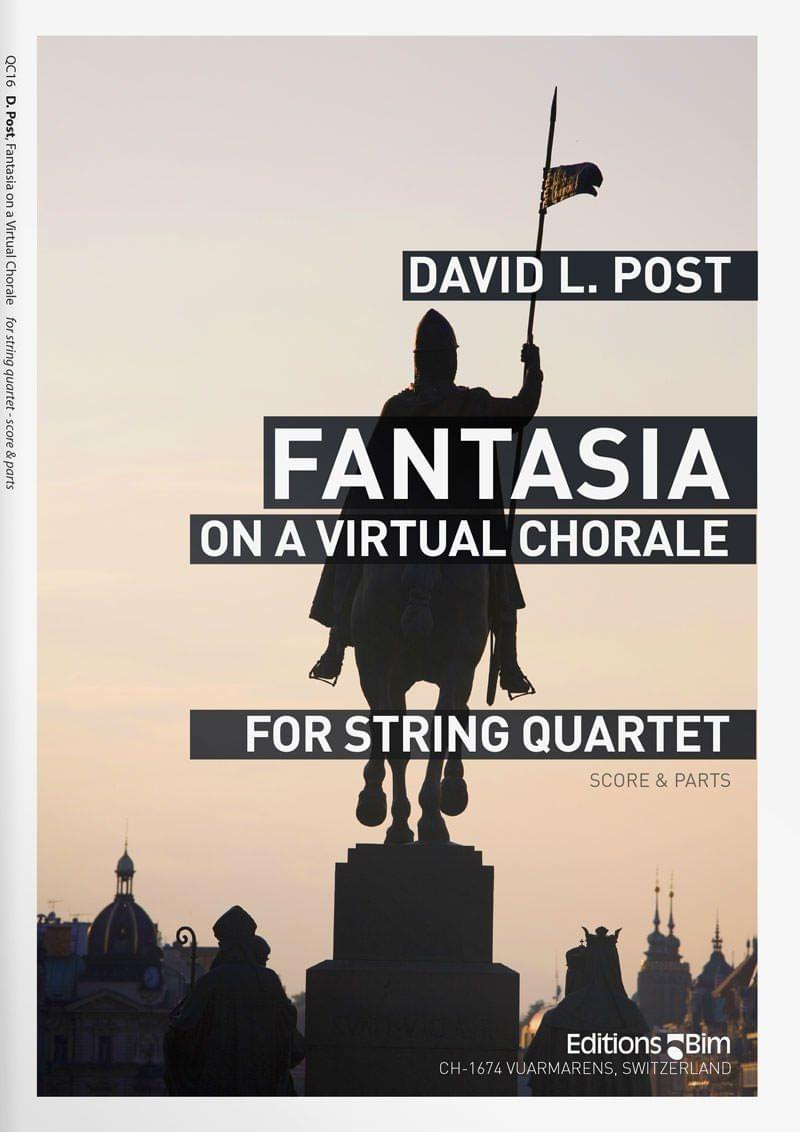 David L. Post was born in New York City in 1949. He holds degrees from the University of Chicago, the New School for Social Research and Brandeis University. He started musical training early, studying cello and composition. Recent honors have included several ASCAP awards and a First Prize in the New England Reed Trio Composition Competition. His music has received wide exposure on WGBH radio...
Read more

The term "virtual", borrowed from contemporary cyberspace usage, refers to the fact that the choral is not really there — that is, until the end of the piece. It's "essence", in the form of thematic and harmonic fragments swirl around until they finally emerge into the choral itself. It makes a brief appearance, but then begins to disintegrate, vanishing into silence.