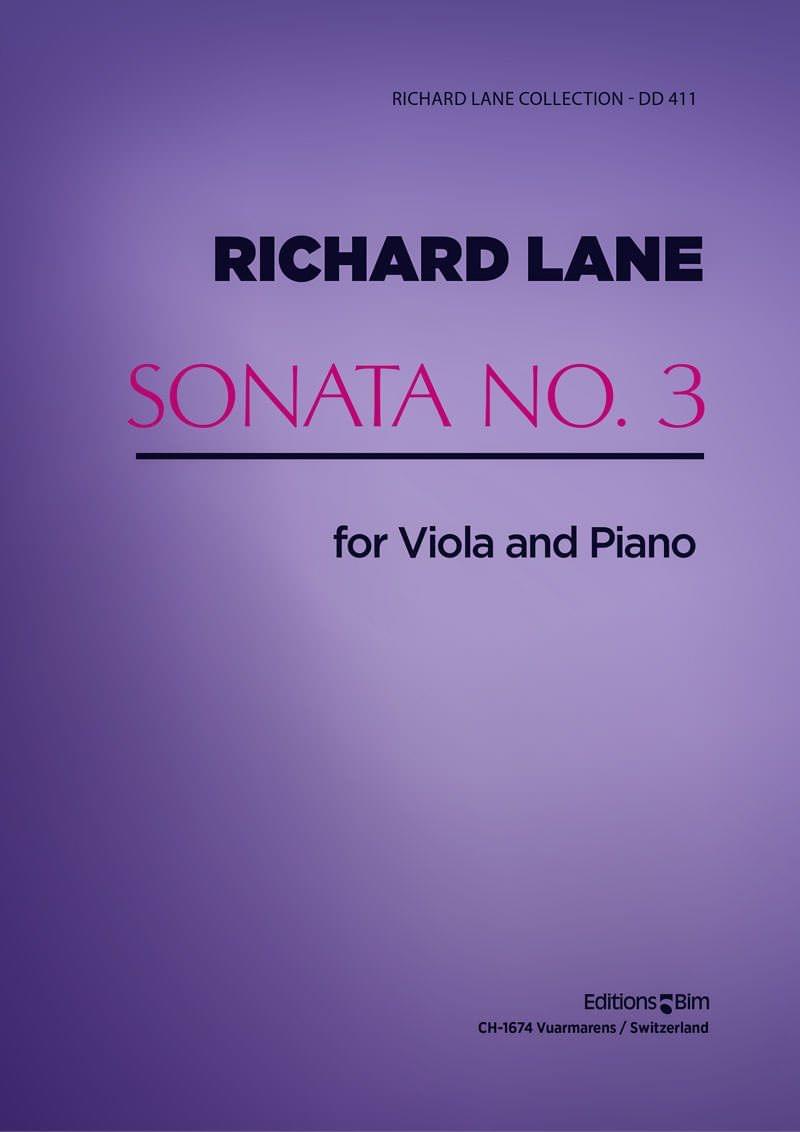 About the Sonata N° 3

For form and style, this sonata belongs in a category with Schubert’s Arpeggione, Schumann’s Märchenbilder and other traditional staples of the viola’s repertoire, and it would fit well in a recital program where those works do. In structure, it is quite traditional. However, Lane’s voice, though firmly rooted in Romanticism (especially harmonically), gives the work a more modern perspective as well. As would be expected, there are some twentieth-century American traits in this work to be sure, but one can also detect some French influence, especially in the first movement, which is not present in most of his other compositions.