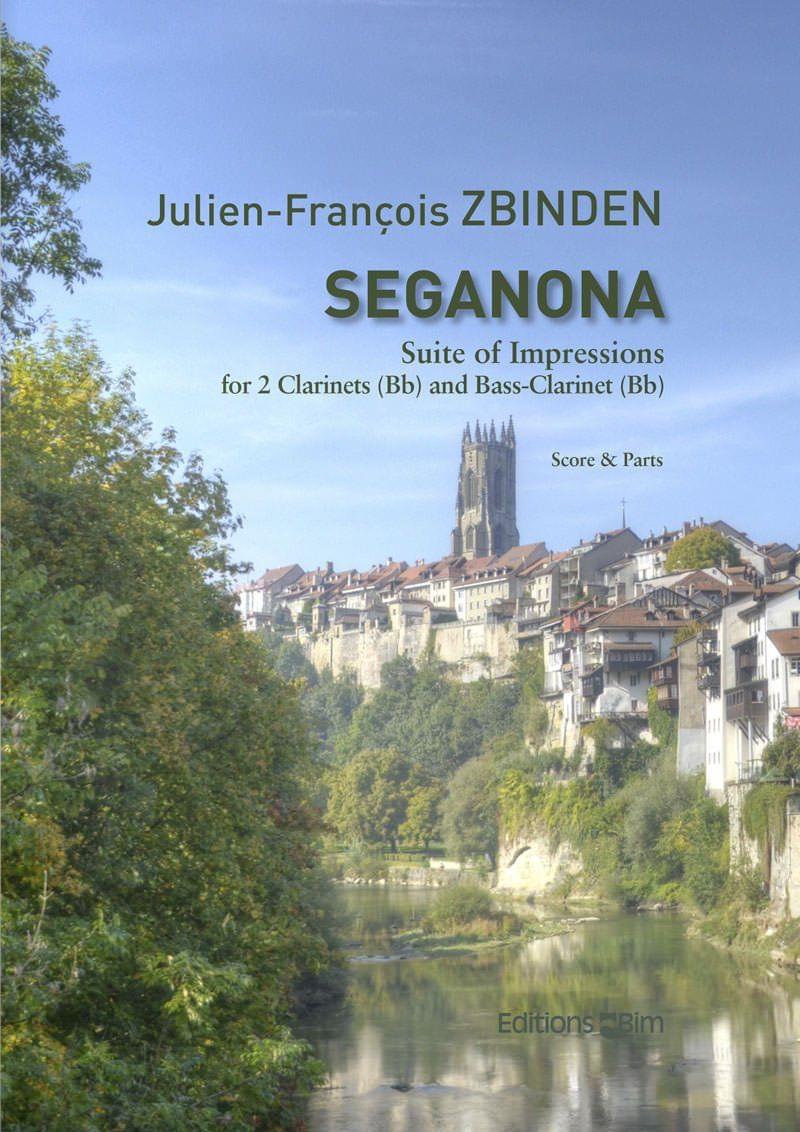 Seganona, the Celtic title for this suite of impressions is originally the oldest name of the Swiss river that is today called Sarine. It is said to be etymologically the little “sister of the Parisian Seine and the Saône which crosses Lyon.

Following the thread of these impressions, one can  – as an imaginary walk – go upstream the Sarine: serene and  slack in Fribourg (Pavane), living up in the region Gruyère and Pays d’Enhaut with its fresh water (Courante), its banks shelter many romantic spots (Air), eventually gushing joyfully from its spring (Gigue).