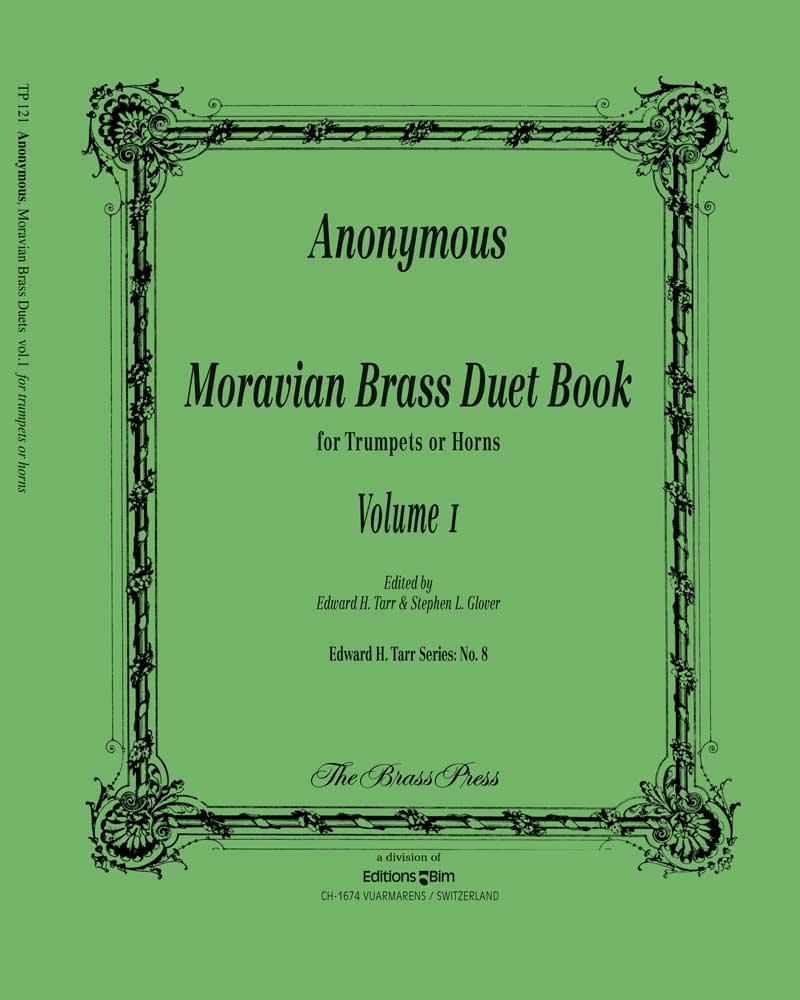 Music in Baroque style for two natural trumpets or horns

The duets published here, which were played by the Salem Moravians, consists of chorales, marches, minuets, and polonaises. They were probably recreational and not church music. The Moravians brought many musical manuscripts and prints with them to the New World, including parts to symphonies of Haydn no longer to be found in Europe, and were later responsible for the first performances in America of Bach's B Minor Mass and Haydn's Creation.