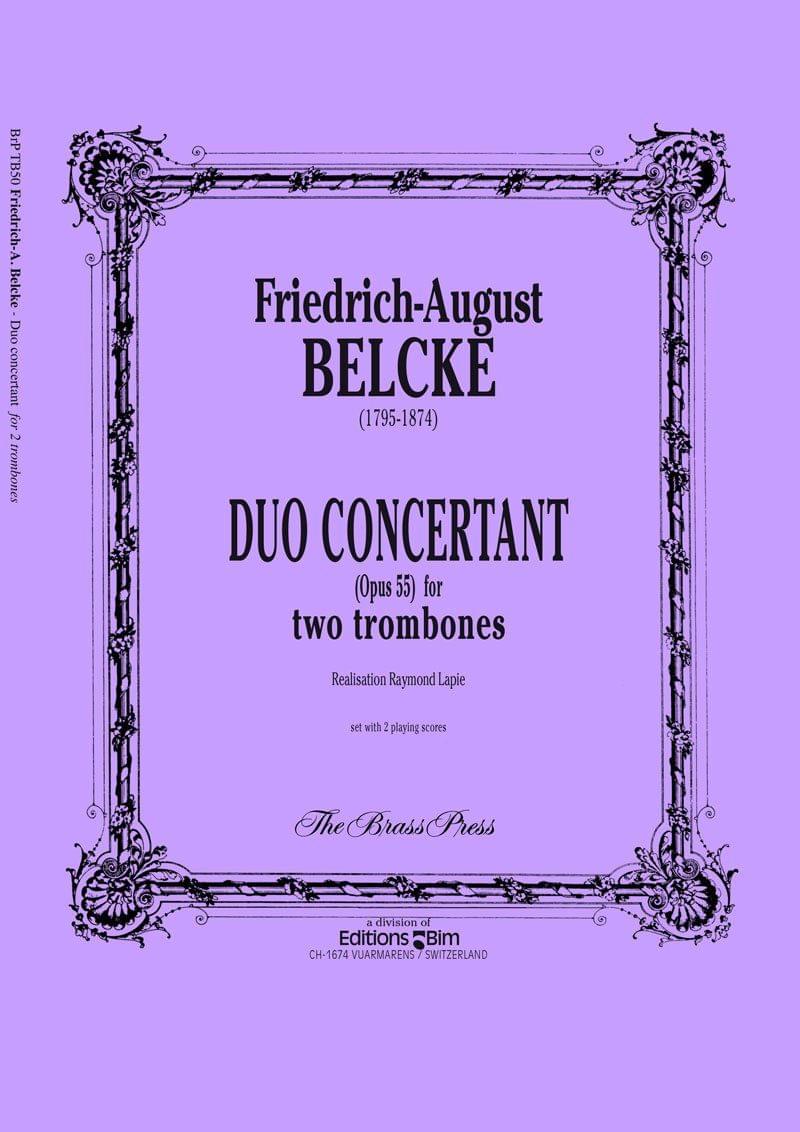 Friedrich-August Belcke (1795-1874), trombonist in the Leipzig Gewandhaus Orchestra (1815-16), then the Berlin Court Orchestra (1816-58), divided his activities between his permanent posts and his touring engagements, for which he was often the organizer. This took him not only around Germany and the territories of the Austrian Empire, but also to Sweden, Denmark, and the Netherlands, not...
Read more

Belcke enjoyed a high reputation in French musical circles. His name was used by the publisher Richault, for promotional purposes, beside that of Vobaron (Methode de Trombone by V. Cornette; 1831 edition). The Duo Concertant, in three movements, with extensive development, is a work that makes considerable technical demands on both players.