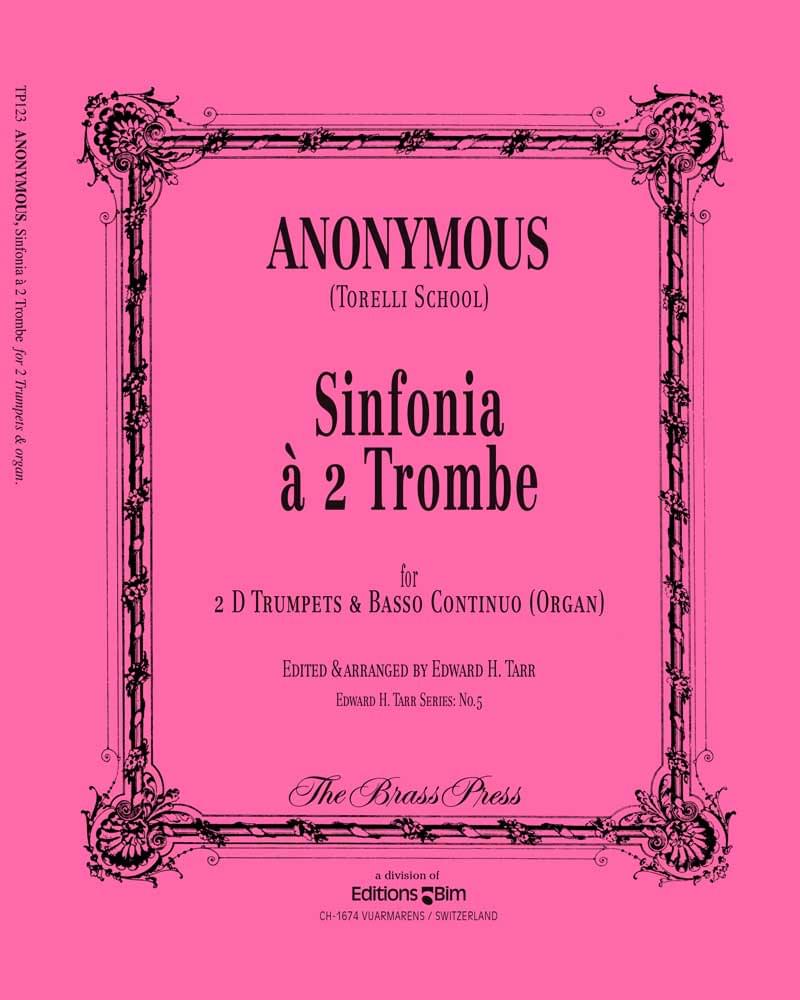 About Sinfonia a 2 Trombe

The sinfonia is preserved in the collection known as the Estensische Musikalien – the music collection of the Este family – in the Austrian National Library, Vienna. It dates from the period c. 1675-1730, when this part of the collection was gathered together by the Obizzi family, who resided in Catajo castle near Padua.

The present work, although entitled «sinfonia», is actually a sonata, a full-fledged sonata da chiesa in four movements. It is practically the only work of its kind, for trumpets and continuo without strings.

As far as a possible attribution is concerned, Venice and Bologna seem to be the most likely possibilities. Padua, where the piece first came from before becoming incorporated into the Vienna library, is very close to Venice – indeed, many of the Venetian first families had their summer residences in or near there – and Venetian opera composers such as Sartorio and Pallavicino sometimes employed one or two trumpets in their operas in the 1670’s and 1680’s. On the other hand and as opposed to the Venetians, the composers of Torelli’s circle in  Bologna had more exprerience in sonata-writing involving trumpets. It is, then, on the basis of the Bolognese trumpet tradition from c. 1665 and especially after Torelli’s arrival there in 1686 until his death in 1709, that we have decided, albeit with some reserve, to assign the present work to the Torelli school.

The florid trumpet writing shows that the players for whom the unknown composer wrote already possessed considerable exprerience in solo playing. In venetian opera it was not at all common for the trumpet parts to ascend the 13th partial to the 16th, as they do here.