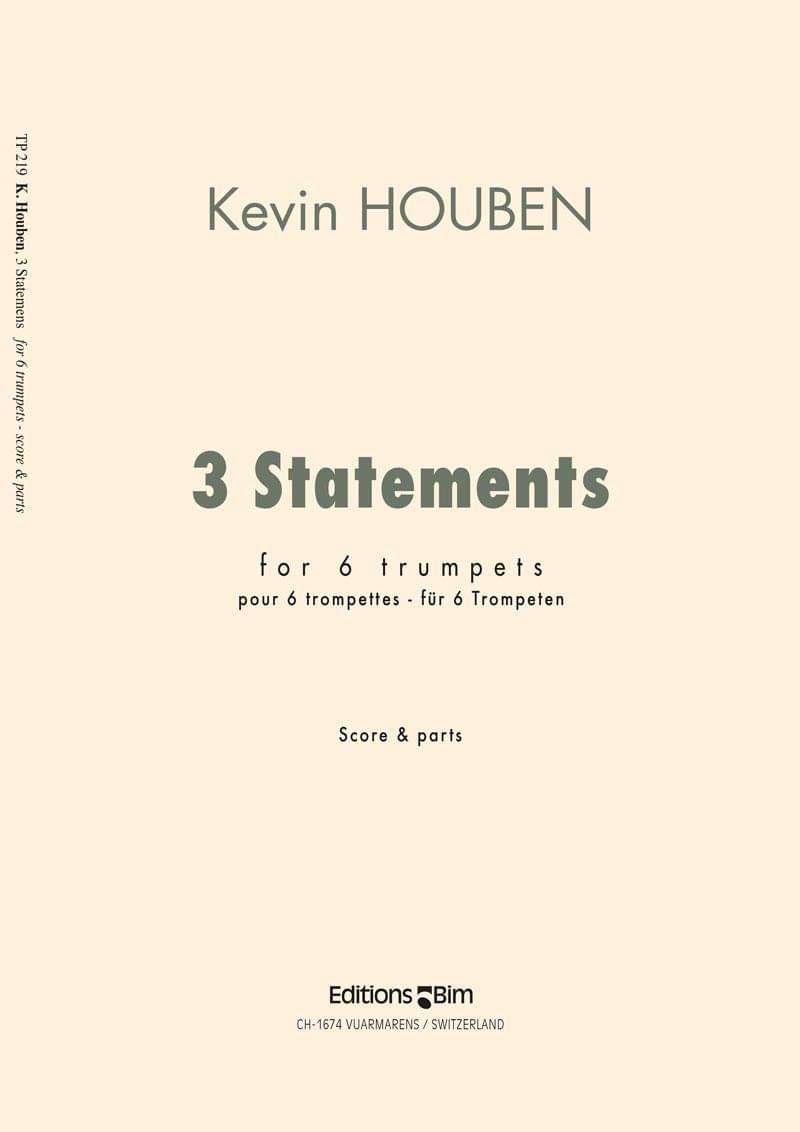 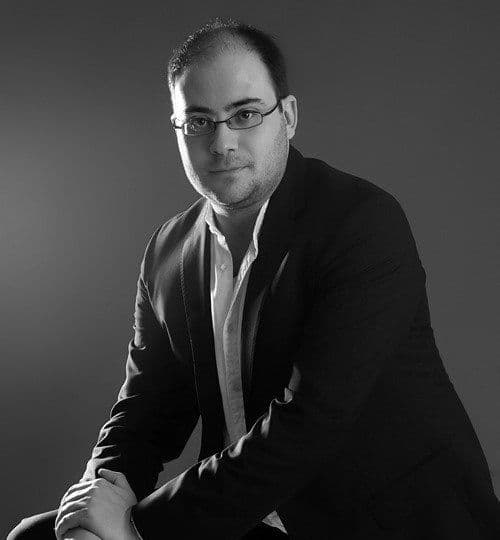 Born in 1977 in Bree in Belgium, Kevin Houben studied piano and trumpet from an early age at the Académie de musique in Peer. From 1995 he continued his musical studies at the renowned Lemmens Institut in Louvain with Léon Pétré (trumpet), Jan Van der Roost (composition) and Edmond Saveniers (conducting). A member of the brass quintet “Quintessence”, he conducts several wind orchestras and...
Read more

The first of his “3 Statements” for six trumpets (in Bb) is a solemn, dynamic Maestoso - Don’t hold back - lasting just under 1 minute, and linked to a lyrical second movement - Be relaxed - of about 2 minutes in which five trumpets with cup mutes provide a subtle background for a very beautiful flugelhorn solo. The last movement - Don’t waste your time - starts attacca as a fast Allegro ritmico of about 3 minutes, with simple but effective rhythmic motifs which, in the concluding section, return to the Maestoso of the beginning.