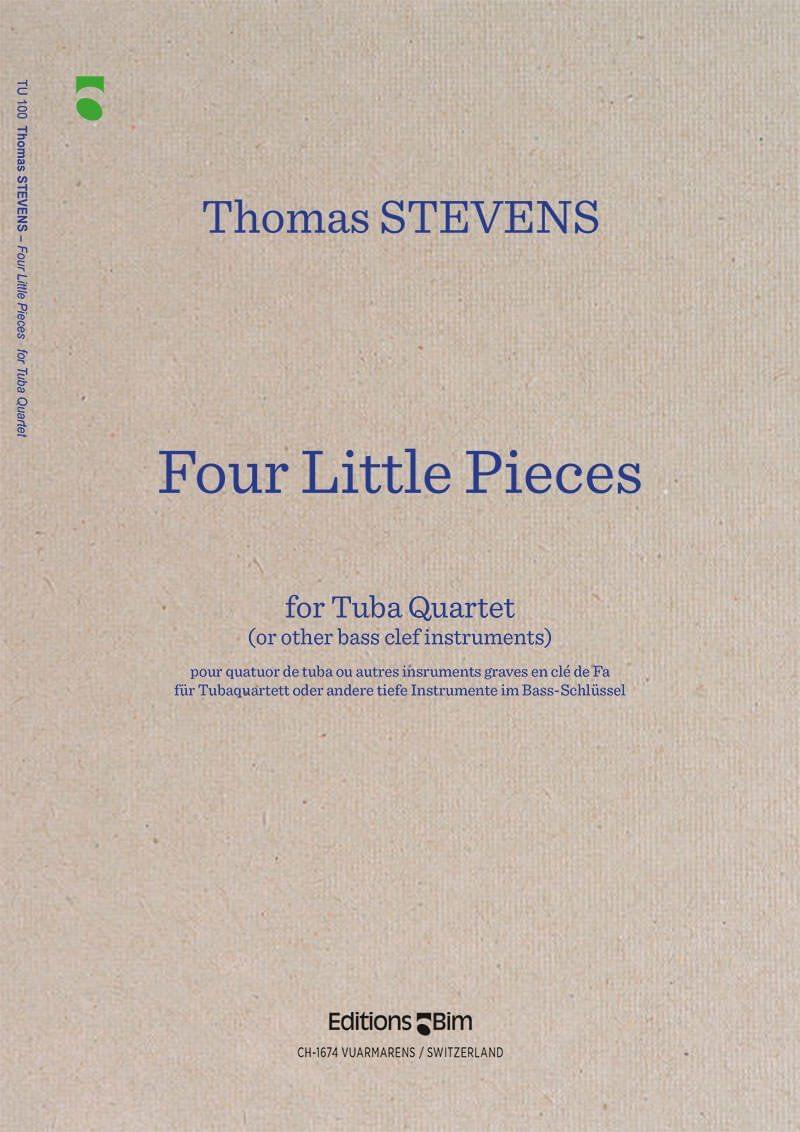 The Four Little Pieces consists of four brief original works inspired by the music of four composers, whose lives ranged in time from the 16th century’s Thomas Morley, to Johann Sebastian Bach, to Victor Ewald, and, finally, to the 20th century’s march king, John Philip Sousa. The music is as diverse as it is brief, and has been written to add one more musical offering to the growing tuba ensemble repertoire.