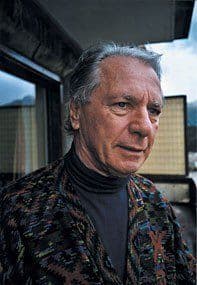 Maurice Jarre was born in Lyon, France, on 23 September 1924 and died in 2009 in California. He studied percussion and music theory at the Paris Conservatory. From 1946 to 1950, with Pierre Boulez, he performed the stage music for the "Jean-Louis Barrault Madeleine Renaud Theater Company".In 1951 he was appointed music director of the Théâtre National Populaire of France, which was headed by...
Read more

The slumbering earth gently awakens, trees sprout buds, flowers surge forth, bird songs become more melodious, poplar leaves at the wind’s command shiver once again like butterflies, herds and flocks climb back to their lofty pastures and everything seems slowly to revive, throbbing to an ostinato rhythm that invites all of nature to join in an ever more frenetic round-dance. It’s precisely these impressions that are the inspiration behind this piece, which I wrote specially for the «Percussionisti della Scala» of Milan. Maurice Jarre