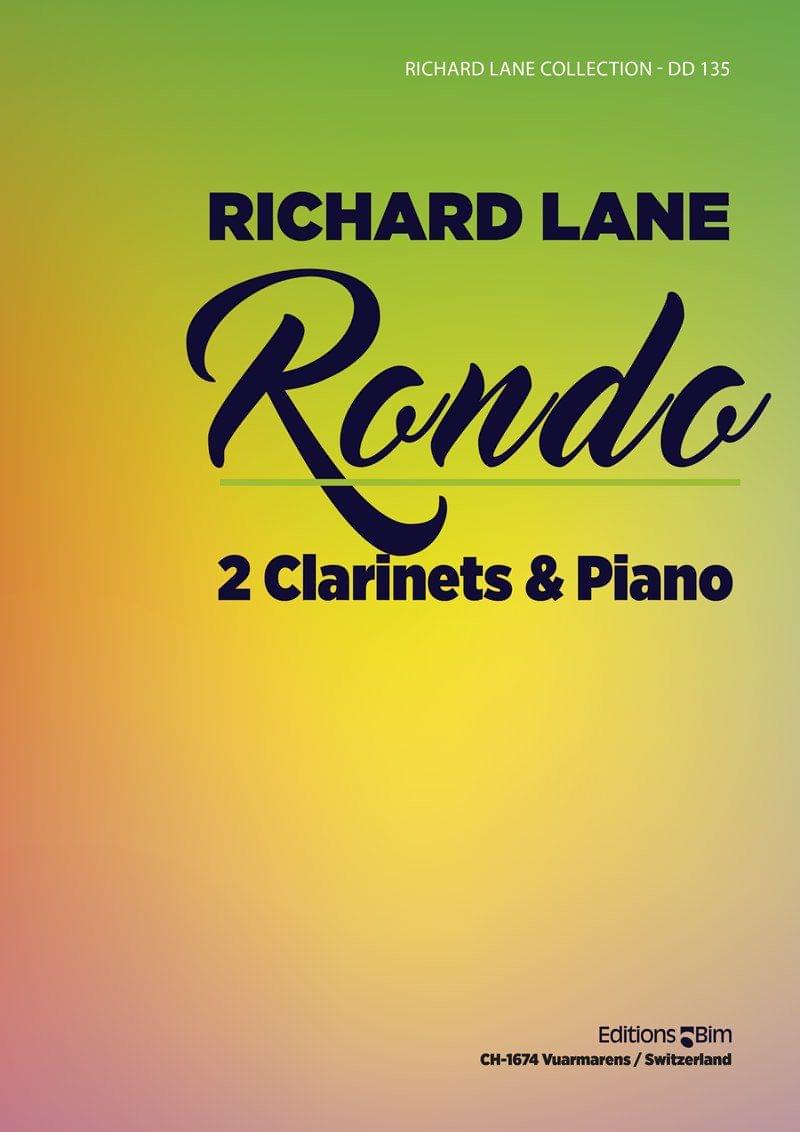 An elegant, yet lively piece

This Rondo is an elegant, yet lively piece which lasts approximately four minutes. Lane’s typically richly textured concertante piano part is on display here while the clarinet parts in combination with the piano part feature Lane's unique neo-tonal writing. There is a strong relationship between the clarinets and piano, where energetic lyricism prevails through a musical dialogue.

Richard Lane wrote this Rondo for 2 clarinets and piano in 1981 for his friends Stanley and Naomi Drucker. Stanley was the exceptional principal clarinetist of the New York Philharmonic from 1948 to 2009 (!) while Naomi made her own career in various orchestras and in chamber-recital playing, co-directing the American Chamber Ensemble.