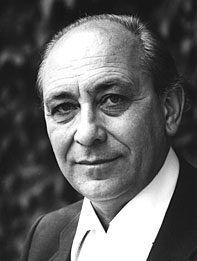 Bernhard Krol was born June 24th, 1920 in Berlin, where he did his musical studies before going on to complete them in Vienna (horn and composition). He is considered as being a disciple of Reger/Hindemith styles, but his career as a professional instrumentalist confers upon him a special idiomatic knowledge of brasses. He was successively with the Berlin Staatskapelle (1945-1962), the Berlin Philharmonic (1961-1962) and finally with the Stuttgart Radio Symphony. He is one of the most respected personages in the German musical world, and his fame as a composer is worldwide. He has written numerous pieces for brass instruments. for 3 euphoniums and 2 tubas

Feiertagsmusik op. 107b
for 3 euphoniums and 2 tubas