Portuguese composer Eurico Carrapatoso (b. 1962) graduated from Universidade in Porto with a degree in history in 1985. In that same year, he began his musical studies with Borges Coelho, Fernando Lapa and Cândido Lima. In 1988, he began his composition studies with Constança Capdeville. His final studies were with Jorge Peixinho from 1991-93 at the Conservatório Nacional, where he graduated with highest honors. Carrapatoso has taught composition at the Escola Superior de Música and the Academia de Orquestra in Lisbon. Since 1989, he has taught Analysis and Techniques of Composition at the Conservatório Nacional in Lisbon.

His works have been performed by major ensembles and orchestras in Portugal, Europe, and the Americas (Brazil, USA). He has won several awards, including the Lopes-Graça Prize (1998) and the Francisco de Lacerda Prize (1999); in addition, his works have represented Portugal on three occasions at the UNESCO International Rostrum of Composers (Paris: 1998, 1999 and 2006). In May of 2001 he won the Identidade Nacional Prize. In June, 2004 he was decorated by the President of the Portuguese Republic with the Commendation of the Order of the Infante Dom Henrique. 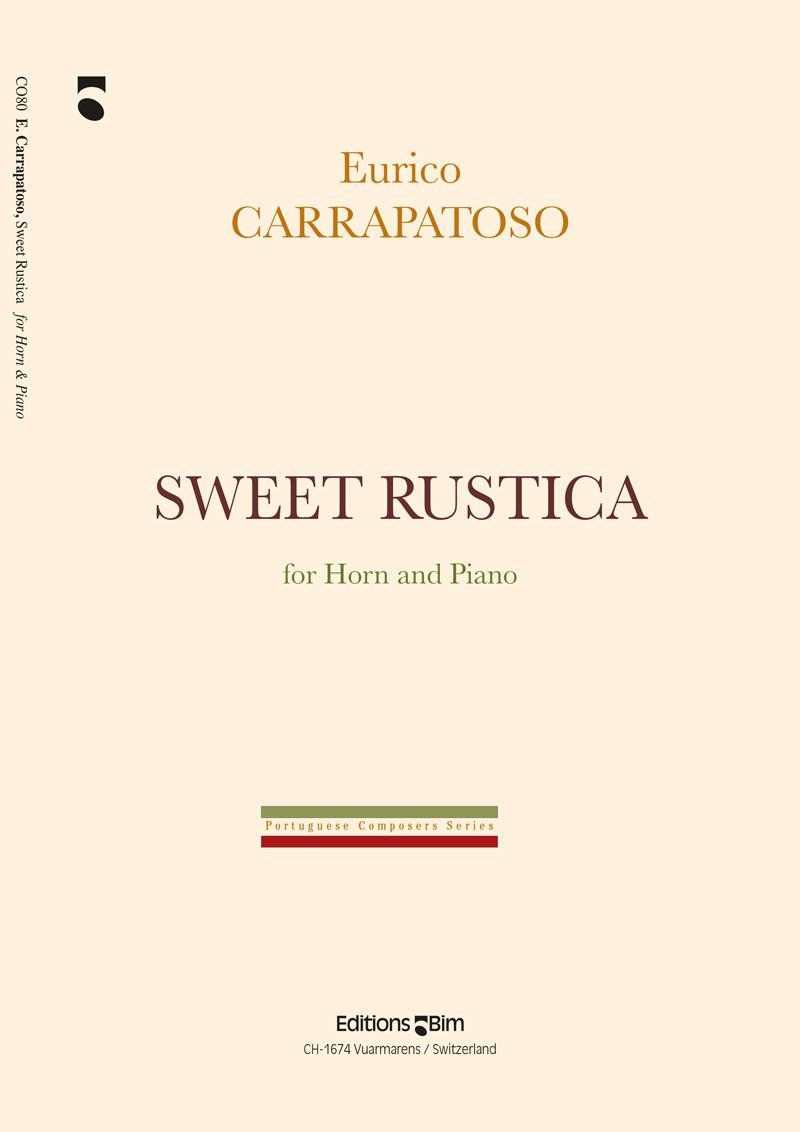 Sweet Rustica
for horn and piano