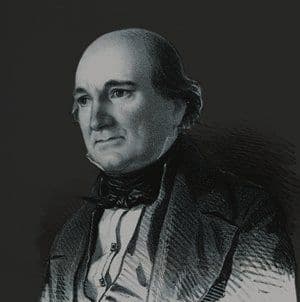 Born in Lyon, France on 30 May 1795, Jean Bellon concluded his musical schooling at the Conservatoire de Paris, probably as the student of Rodolphe Kreutzer (1766-1831) in violin (Premier Prix in 1823) and Anton Reicha (1770-1836) in composition. He subsequently became concertmaster of the Concerts Musard, and conducted various Parisian orchestras.

As composer, his name is mentioned in several articles published by French musical journals, essentially in connection with his chamber music. Apart from his 12 brass quintets and some pieces for strings, few of his works are to be found today. Immortalized in a portrait by Ed. Hébert (1812-1890) and printed by the major French publisher, Richault, Jean Bellon was without doubt a notable personage of Parisian musical life in his day, as would suggest the dedicatees of his quintets. He died in Paris on 2 March 1869, six days before Hector Berlioz. 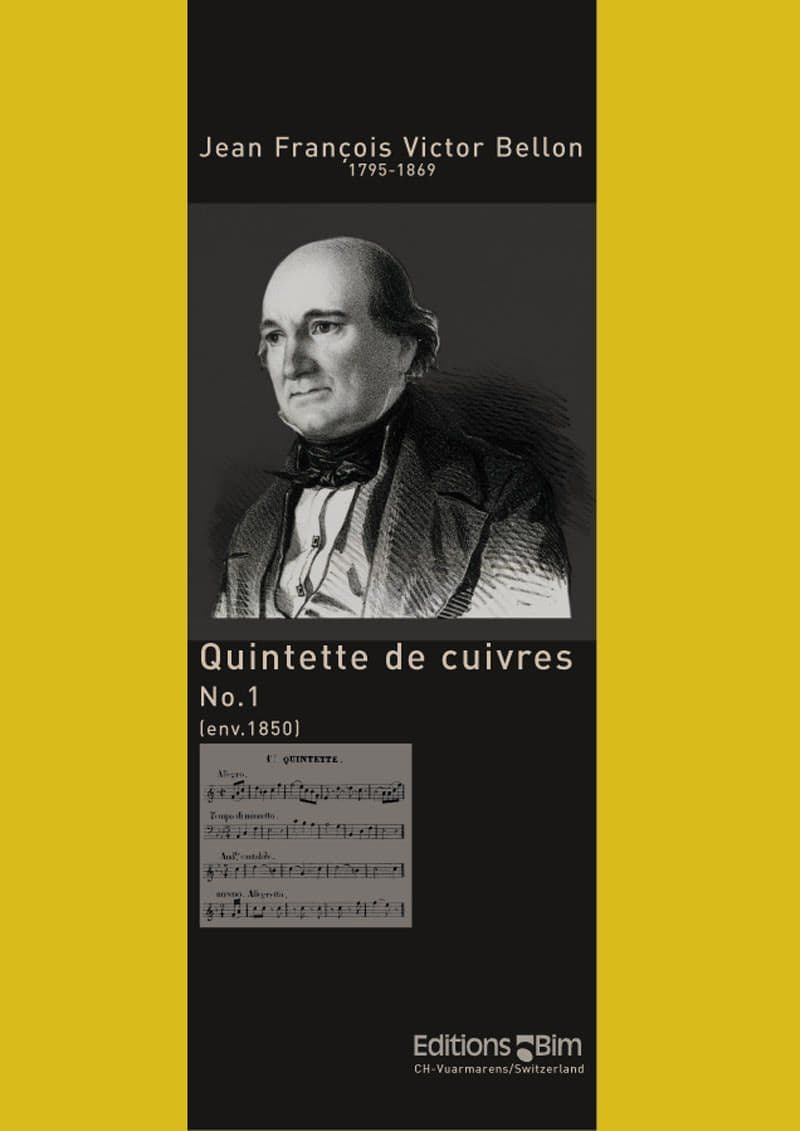 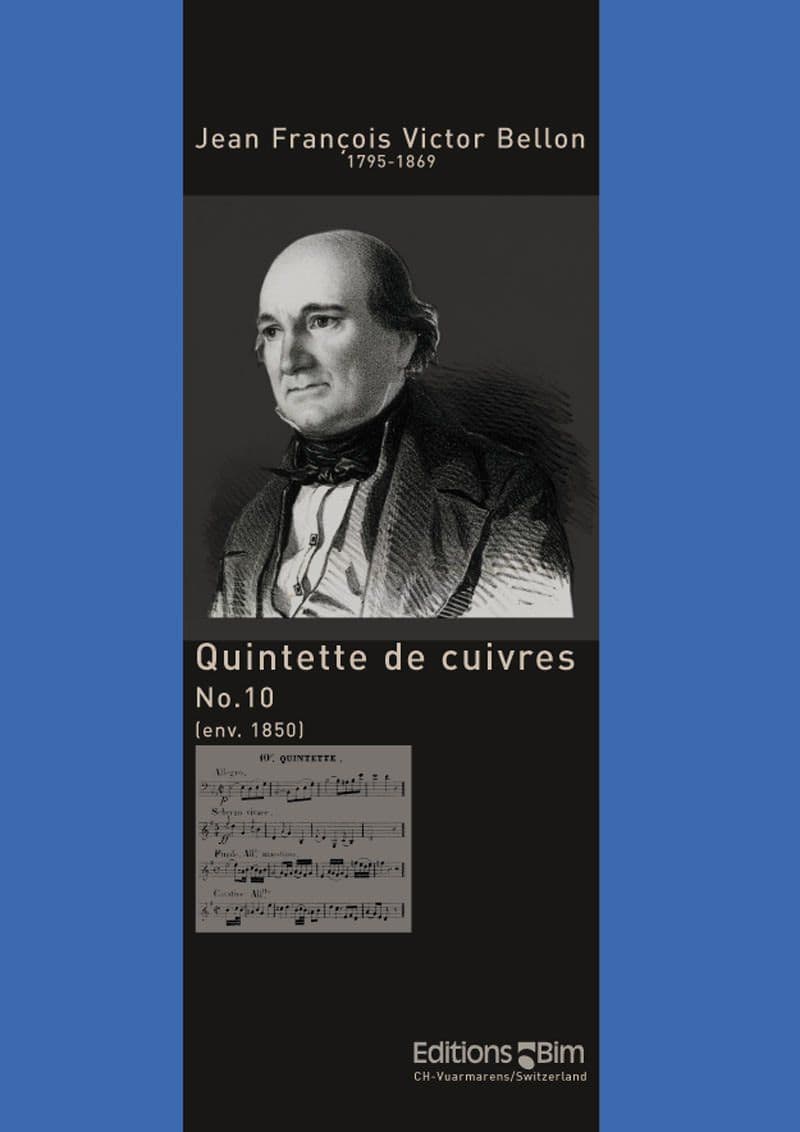 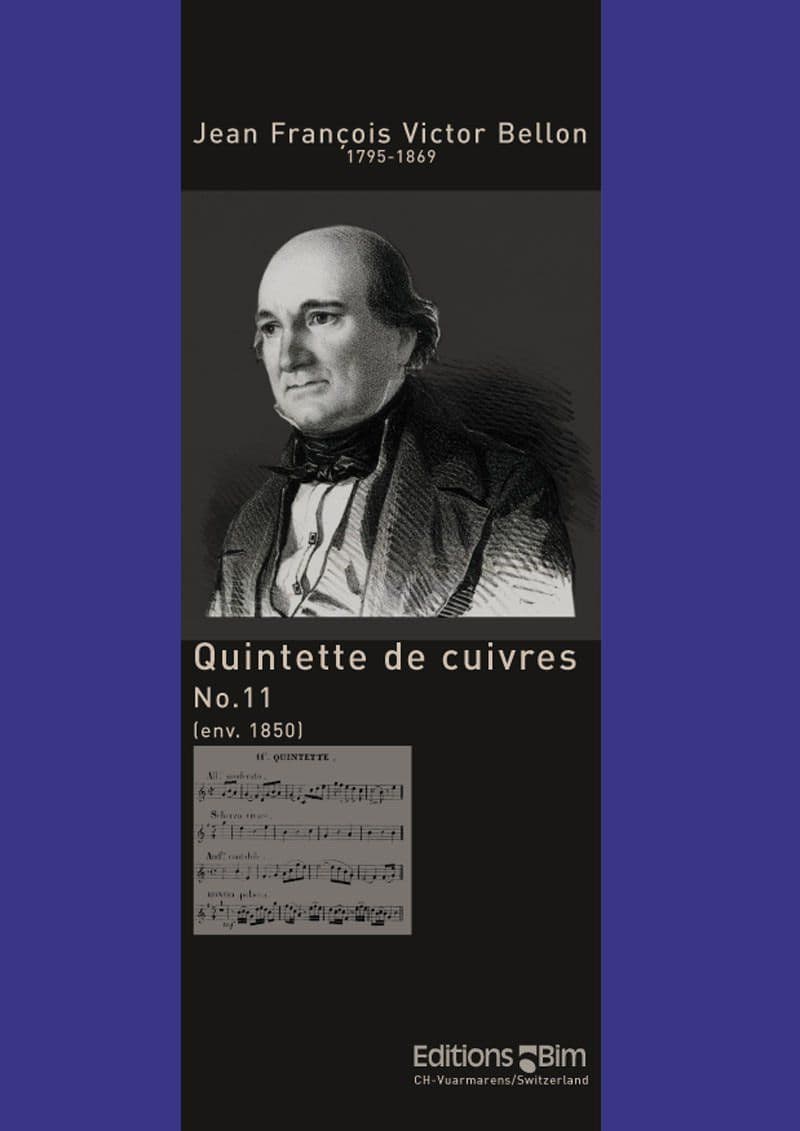 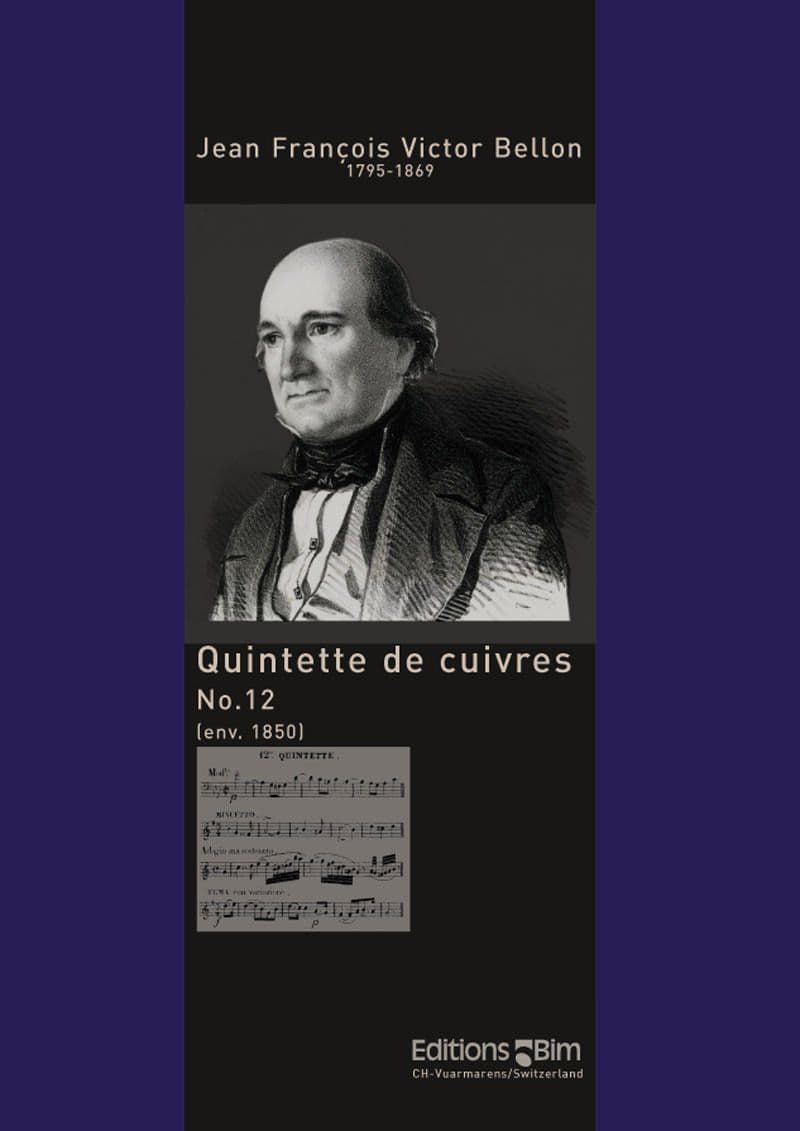 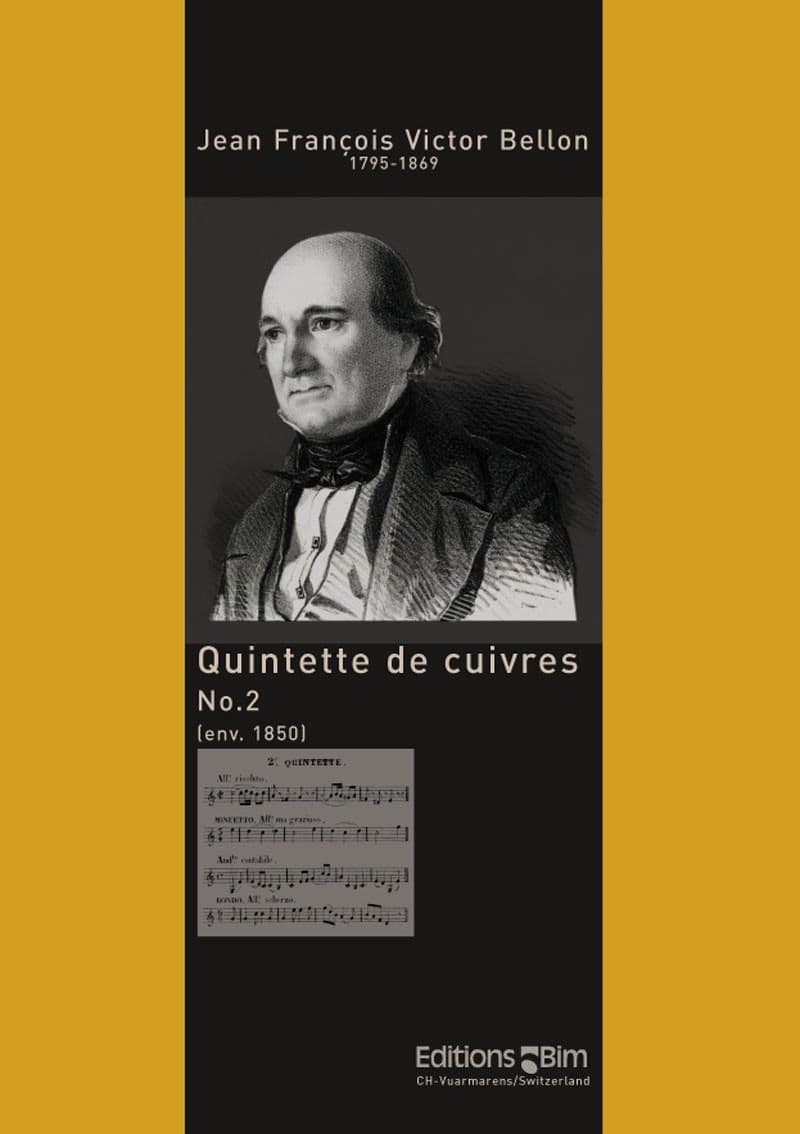 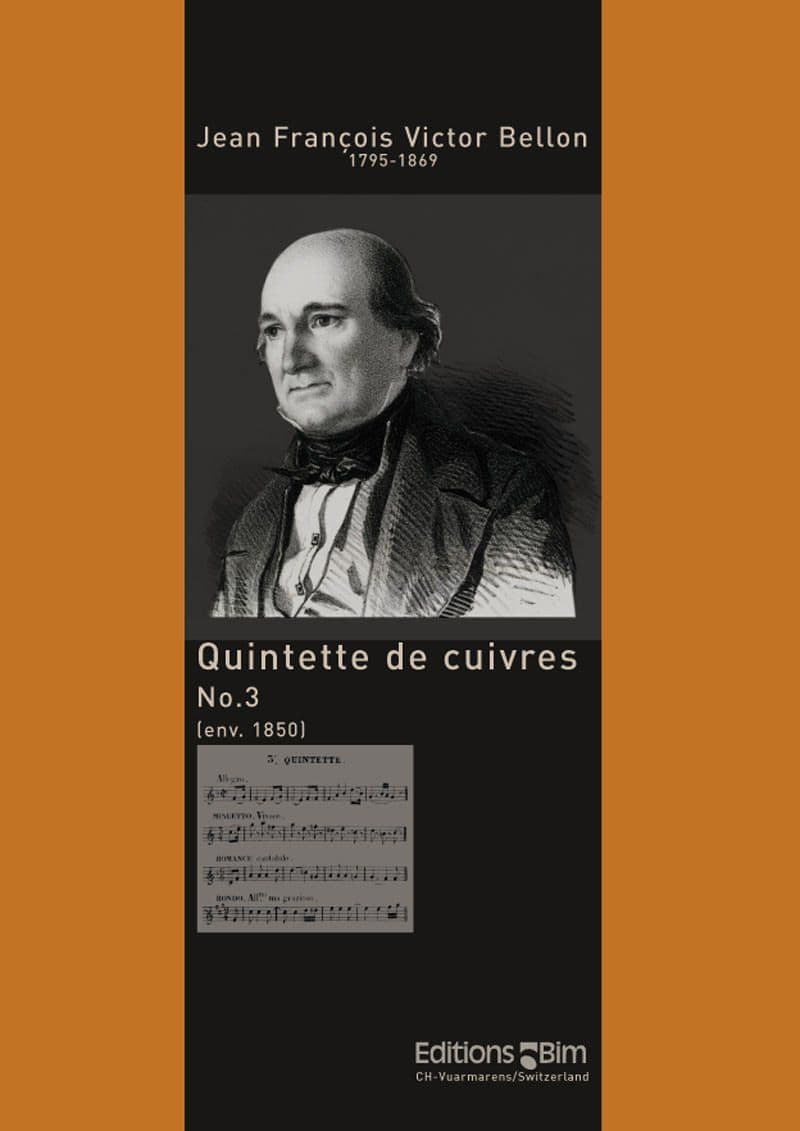 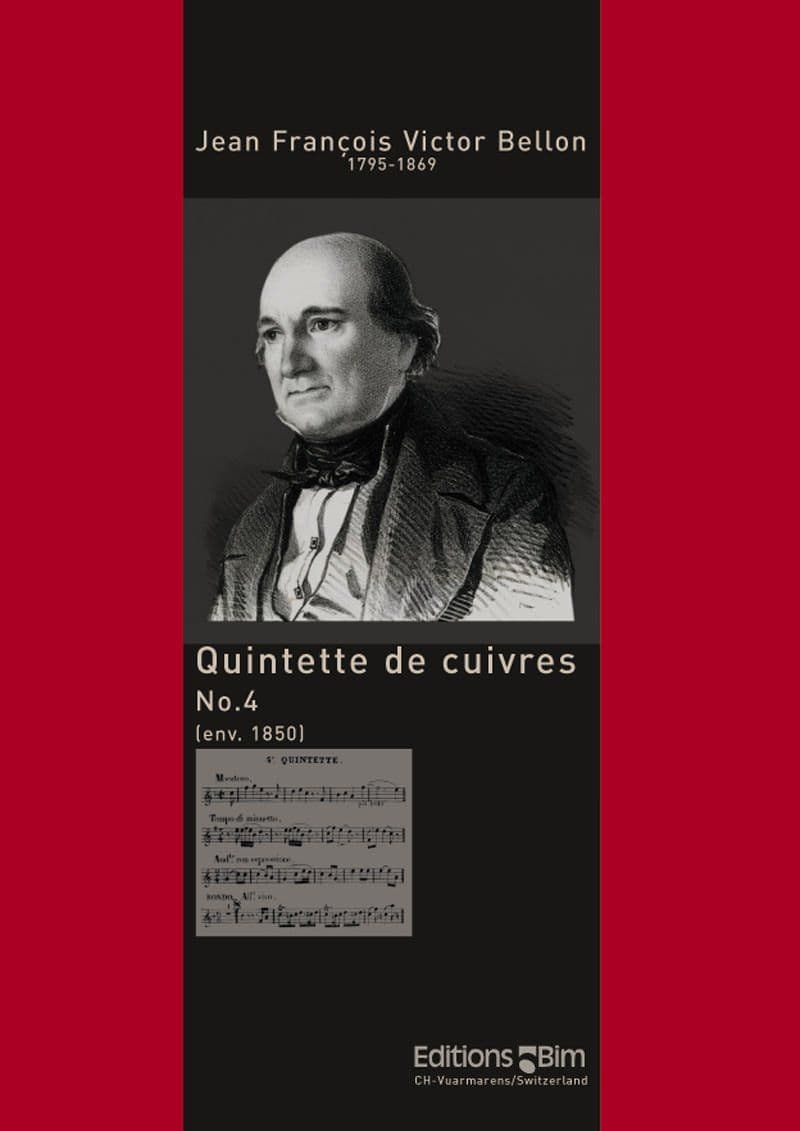 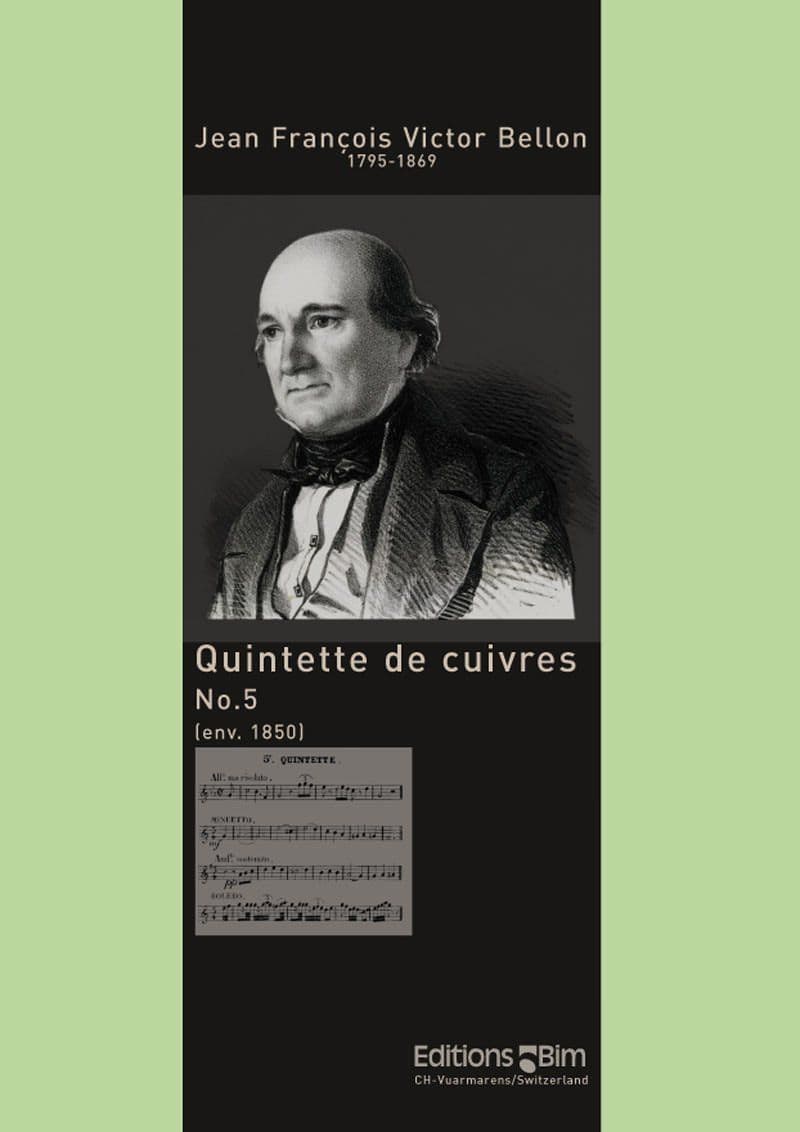 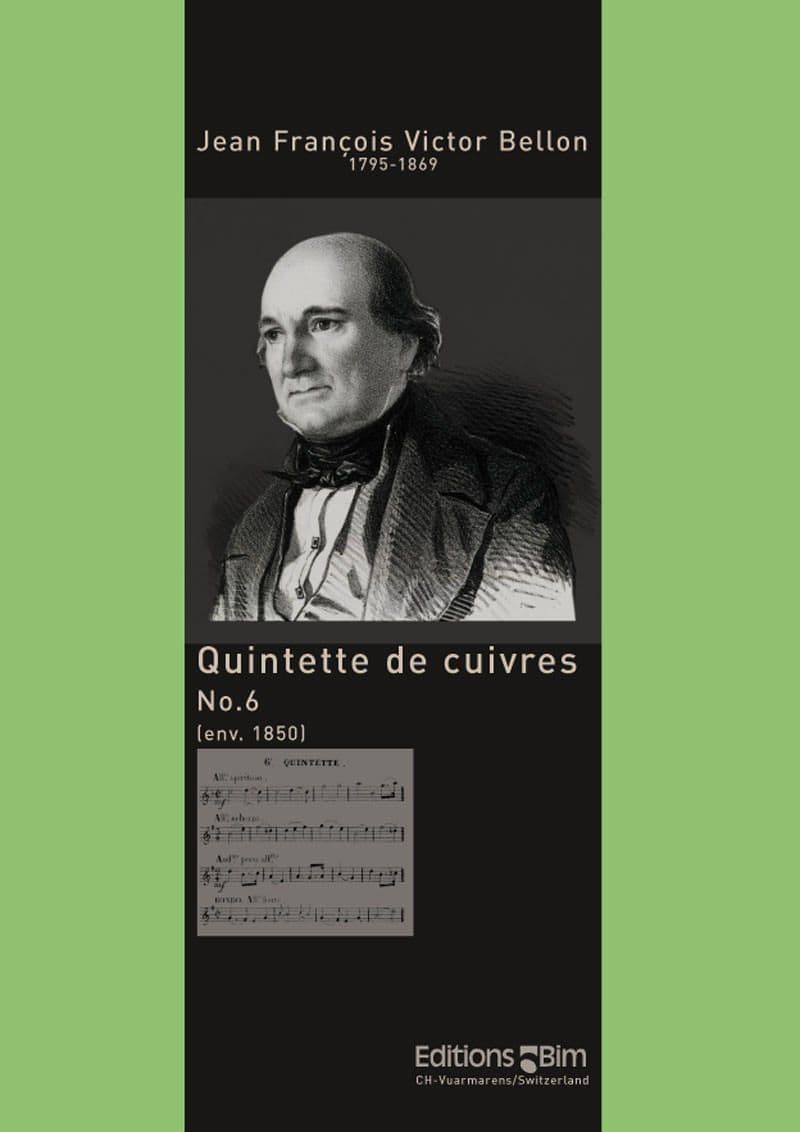 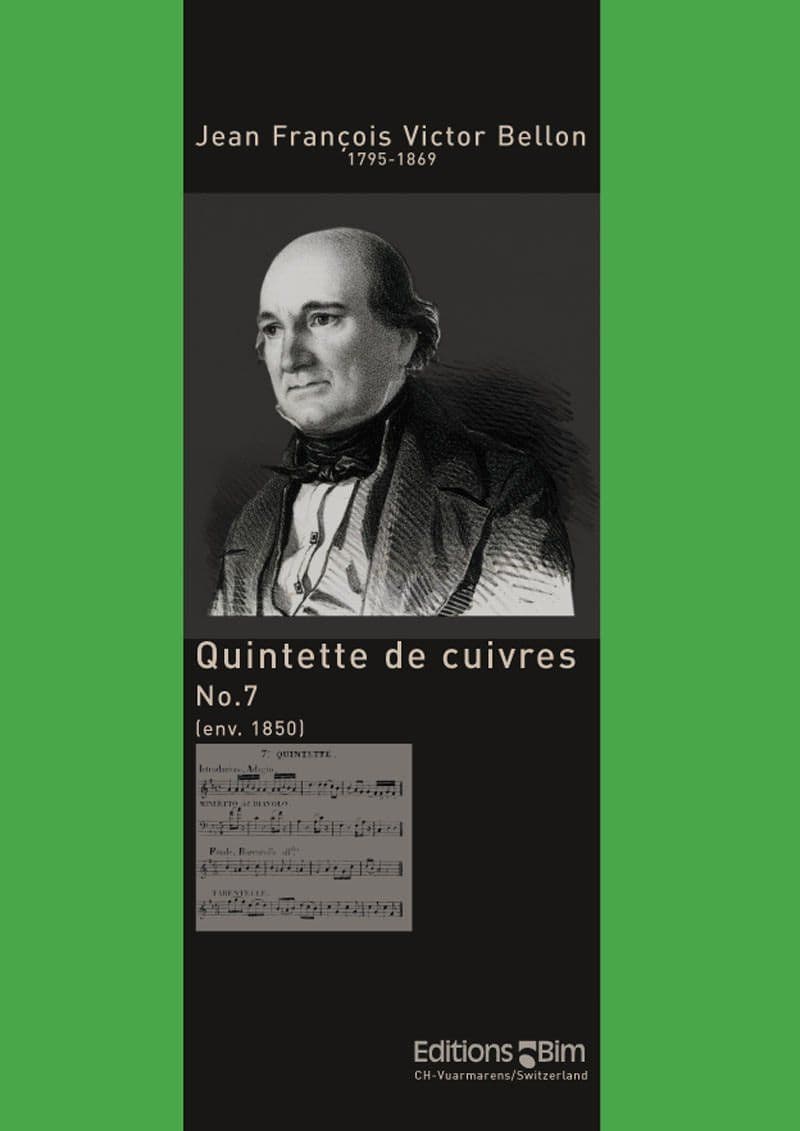 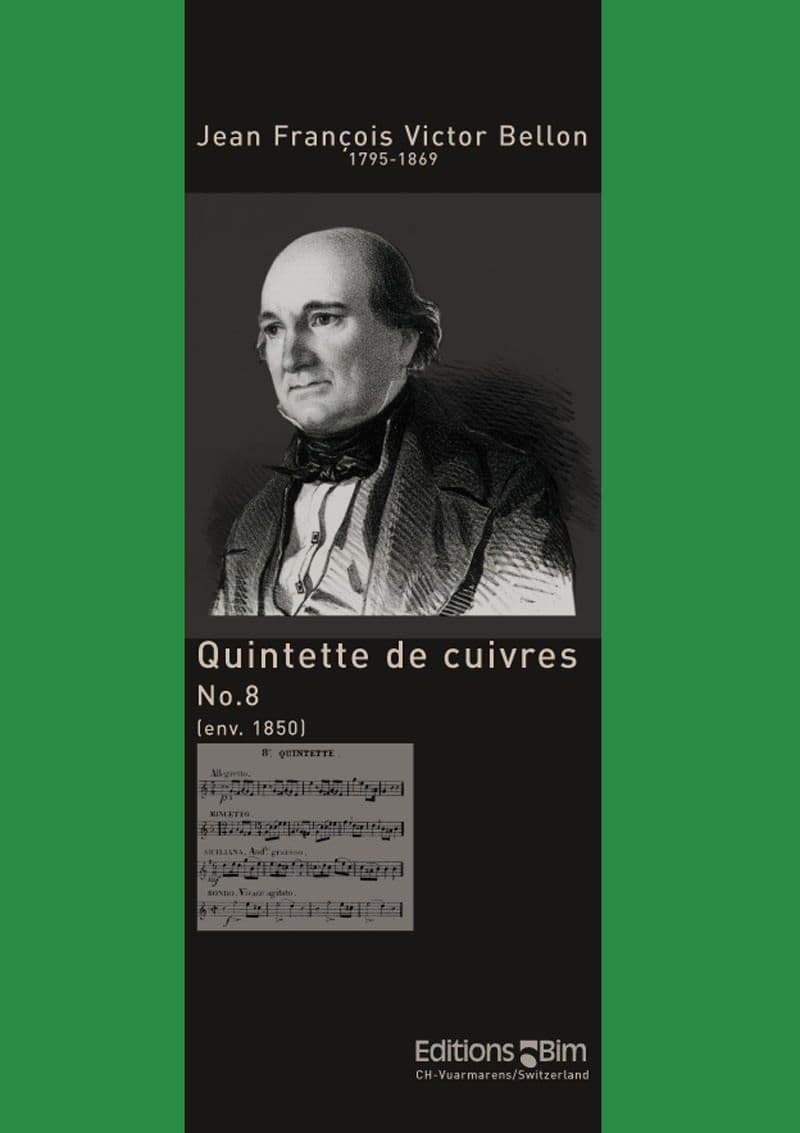 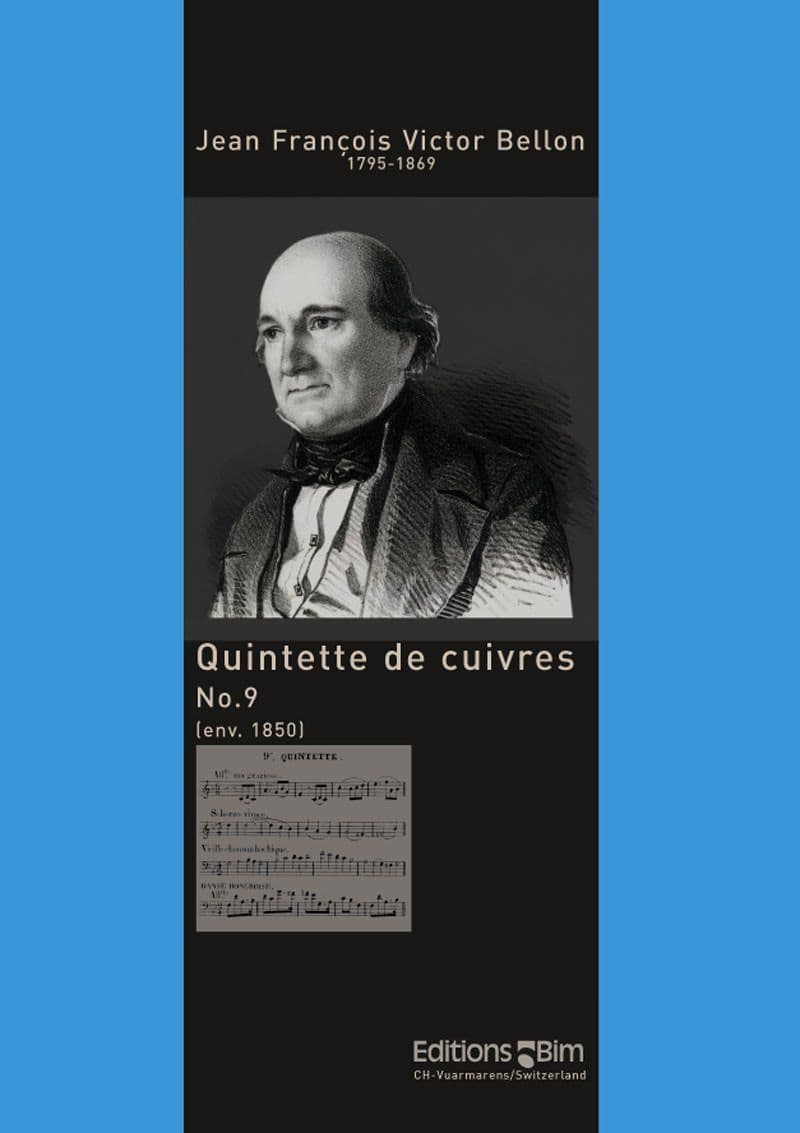 Quintette No. 4
for brass quintet

Quintette No. 3
for brass quintet

Quintette No. 2
for brass quintet

Quintette No. 1
for brass quintet