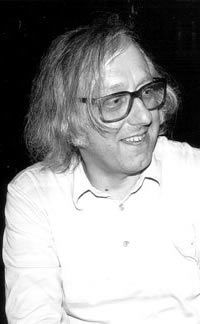 Zsigmond Szathmáry was born in Hungary in 1939. He trained at the Franz Liszt Academy in Budapest, and then did advanced studies in Vienna and Frankfurt. In 1960 he won first prize in the organ competition in Budapest, and in 1972 was awarded the Bach Prize scholarship of the City of Hamburg, where he held the post of organist, including the cathedral in Bremen. In 1978, after teaching for a while at the music academy in Lübeck and Hanover, he was appointed professor at the Musikhochschule in Freiburg. As well as being very active in the field of education and a member of the Freie Akademie der Künste in Hamburg, Zsigmond Szathmáry gives classes in many conservatories and universities in Europe, the United States, Japan and Korea. He is visiting professor at the summer Academy in Haarlem (Netherlands) and teaches vacation courses in Darmstadt. In 1987 the national Franz Liszt memorial committee conferred its medal on him. Zsigmond Szathmáry has toured extensively and has made numerous recordings.