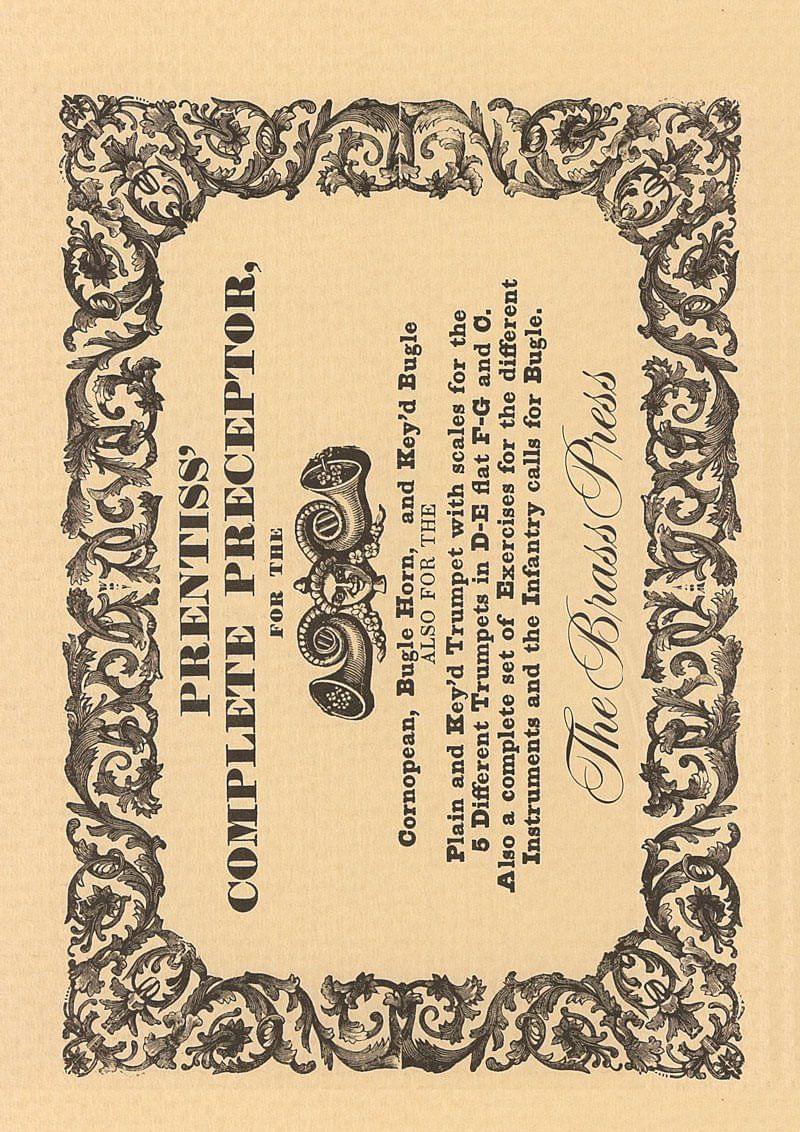 Henry H. Prentiss (1801-1860) of Boston was first an umbrella maker. In 1834 he opened a pianoforte and music store, locating in 1839 at 33 Court Street, the address on the present tutor (after 1847 the business was known as Prentiss & Clark). Although he was principally a dealer, he is also known to have made some woodwind instruments.

The complete Preceptor must have been published between 1839 and 1846. An early date around 1840 is likely, since keyed instruments were soon to go out of fashion. An interesting anomaly is the mention on page 10 of a “shake key”: this is certainly George Macfarlane’s Clapper Key, which was patented in France and England in 1845 and 1860, respectively. The popular melodies in Prentiss’ tutor will be well known, whereby the melodic variants are particulary striking in Yankee Doodle. Some early owner (teacher or pupil?) made pencil and ink changes on pages 20,21 and 26 which we retained in our publication. On page 11 Prentiss gives common-sense advice on the perenially controversial subject of mouthpiece placement, stating sensibly that “the lips must be compressed... to produce the high notes”. It is refreshing that he does not advocate pressure. Because of this important fact, we forgive him for advising the pupil, in his very next sentence, to put “the tongue between the lips.”

We are grateful to Robert Eliason for the information on Prentiss’ life and activities, and his help on dating the Preceptor.