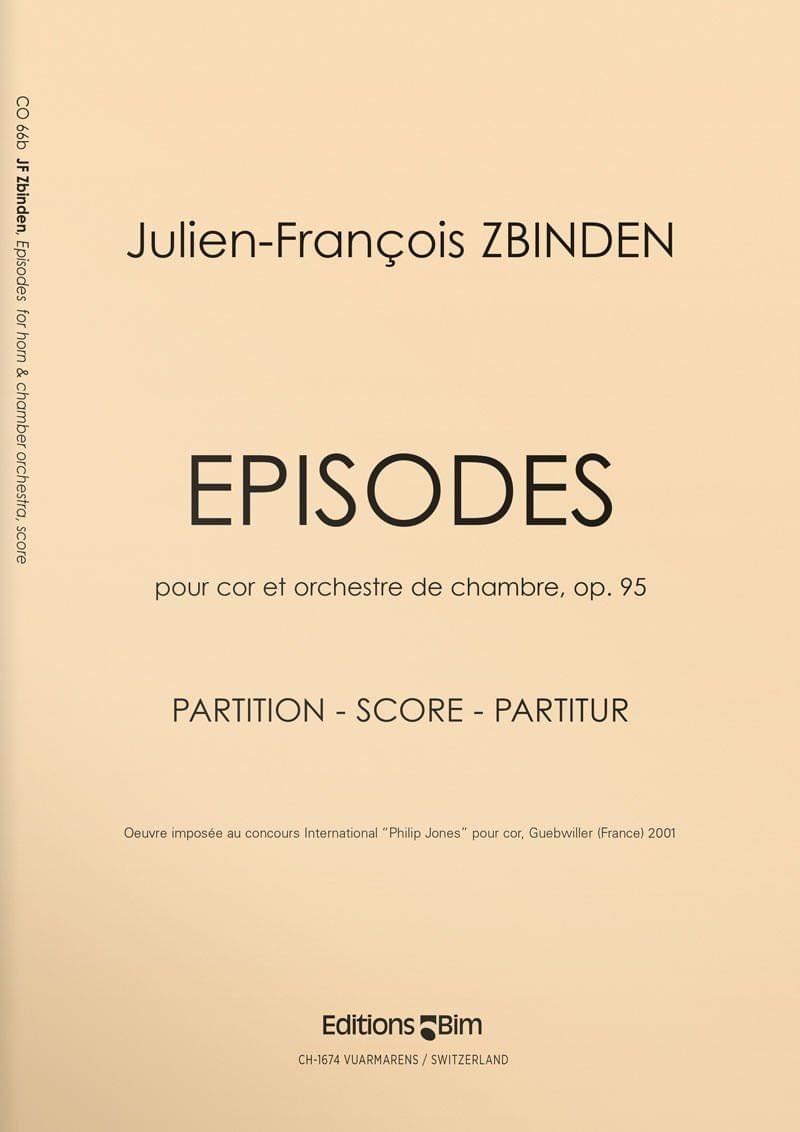 A slow and expressive introduction in the form of a long crescendo leads to an initial, short cadenza for the solo instrument. An Andantino follows, enlivened by a syncopated, breathless accompaniment. Entrusted in the orchestral version to paired horns and oboes, a brief Moderato effects the transition from the closing measures of this first episode to the opening measures of the second.

The central episode presents an elegiac subject, enounced within an atmosphere of intimacy by the horn. Following a momentary, more passionate peroration, the subject returns in an ornamented, condensed form. And as before, a transition section both closes the second episode and leads to the third.

A virtuosic passage for the horn, underpinned by violent chords in the accompaniment, briskly opens the concluding episode. In an alternation of lyrical and joyous elements, the exchange continues, with the support of an accompaniment in perpetuum mobile or fugal style. The work’s major cadenza for the solo instrument precedes a brief coda, whose violence relents only upon the final chord’s decay.