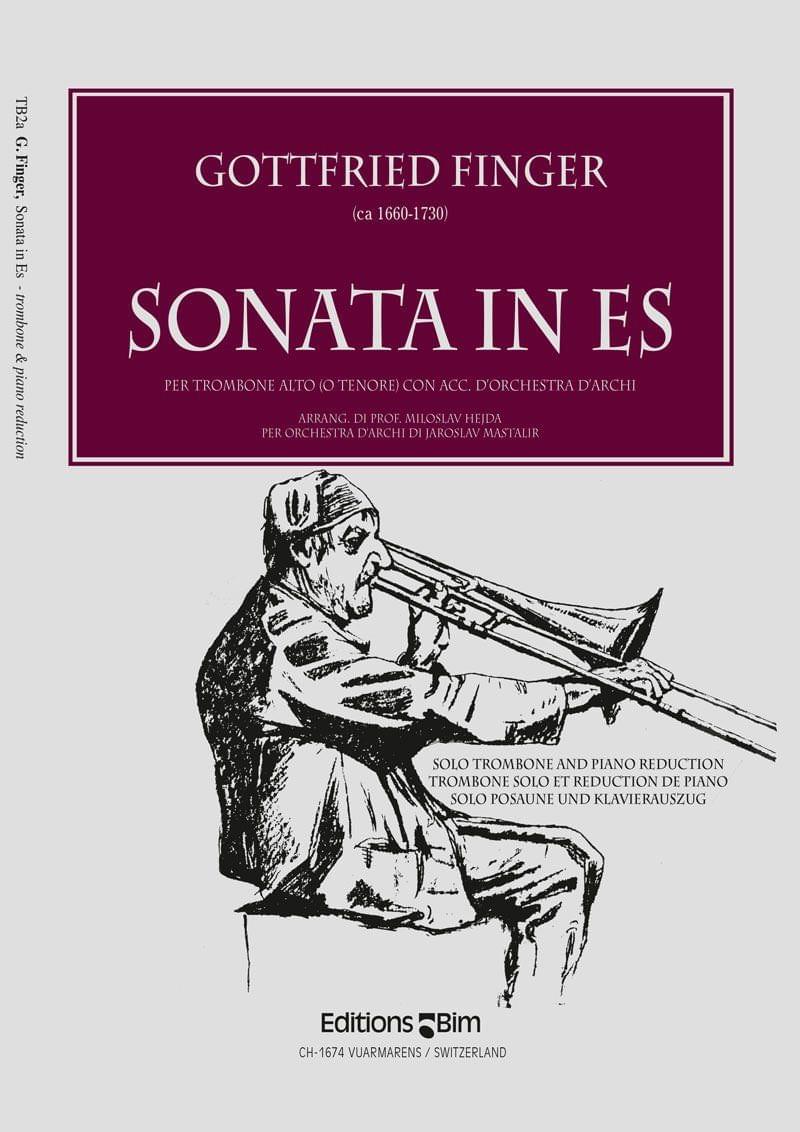 Gottfried Finger was born around 1660 in Olomouc (Moravia). In 1682 one could meet the young musician in Munich, and in 1685 he emigrated to England, where he was hired at the court of James II and became renowned as a composer of chamber music. His stage works seem to have had less success, and, embittered by this, he returned to the continent around 1702. He became a Chamber Musician in the...
Read more

About Sonata in Es

This magnificent baroque sonata in Eb major has four movements: the first could be described as a Prelude, the second as a Minuet without trio. Then follows a short  Adagio in the relative minor key, leading to the Allegro comodo, which concludes this splendid piece.