Gottfried Finger was born around 1660 in Olomouc (Moravia). In 1682 one could meet the young musician in Munich, and in 1685 he emigrated to England, where he was hired at the court of James II and became renowned as a composer of chamber music. His stage works seem to have had less success, and, embittered by this, he returned to the continent around 1702. He became a Chamber Musician in the service of Queen Sophie Charlotte in Berlin and wrote several German operas. In 1708 he was as Konzertmeister and composer at the court of Duke Charles Philipp in Innsbruck, then from 1717-1723 in Heidelberg and Mannheim, where he actually became a Palatine Court Counsellor. The last reference to Finger was in 1723.

More important as his operas are his numerous instrumental works, including the Sonatae XII pro diversis instrumentis for various solo string instruments with basso continuo (1688), the VI Sonatas or Solos for violin or flute and continuo (1690), the Ayres, Chacones, Divisions and Sonatas for Violins and Flutes (published in 1691 jointly with John Banister) and the Sonatas in Five Parts for Flutes and Hautbois, published in 1701 together with composer and cembalist Gottfried Keller (16??- around 1704 in London). 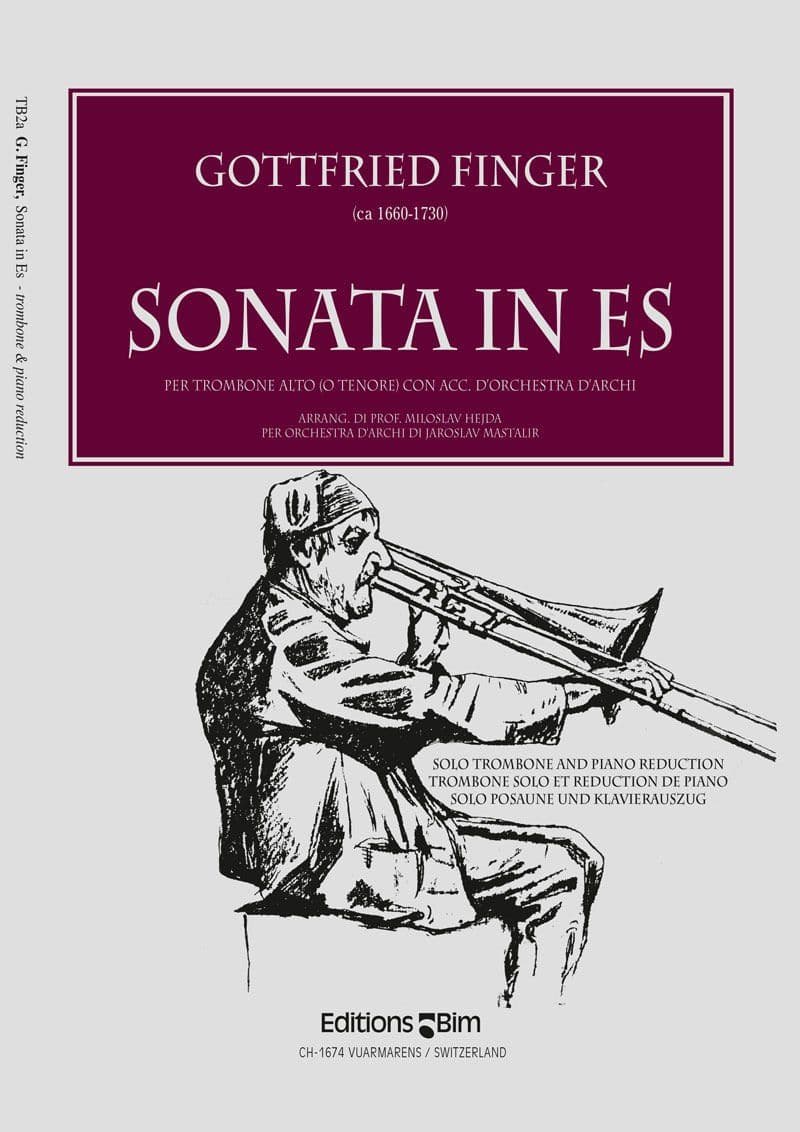 for trombone and string orchestra