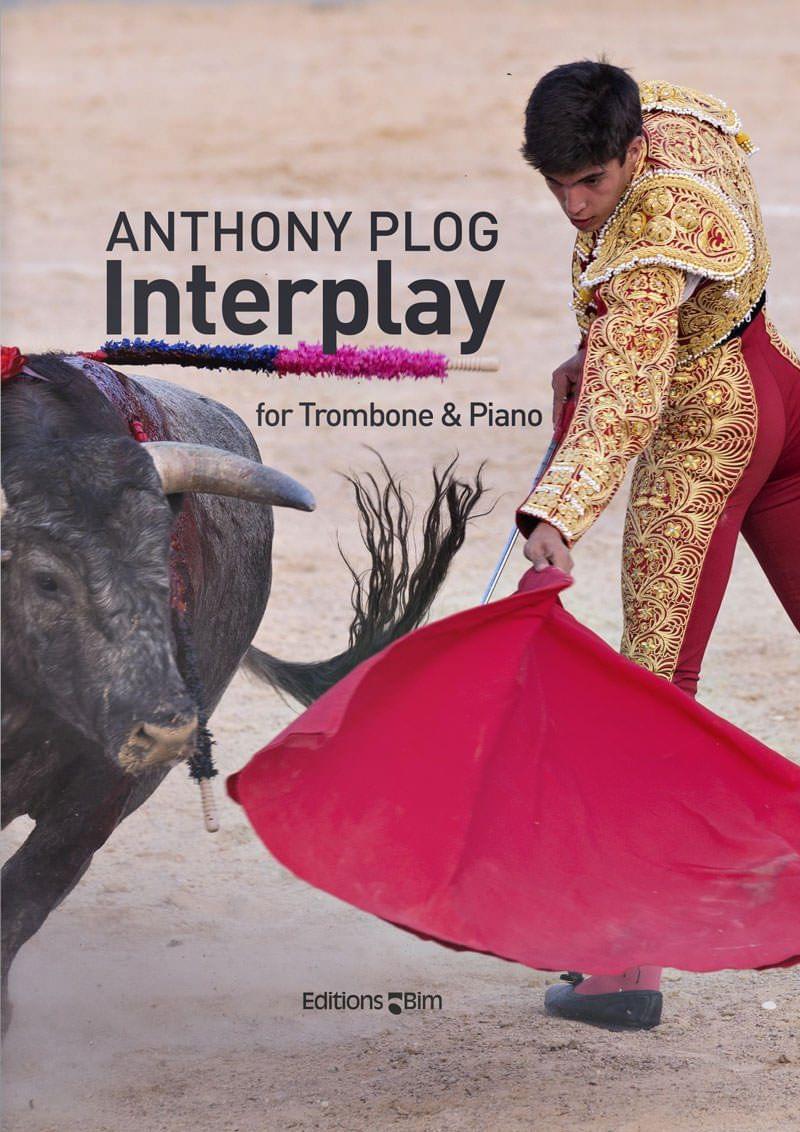 Interplay is a work of misleading simplicity, but very pleasant to play and listen to. Trombone and piano are surfing on an interactiv musical content starting in a hesitant manner, but becoming progressively thrilling like a race between cop and robber.

It is an epic dialogue peppered with stinging contrapuntic retorts on perilous rhythms, interrupted by sequences in which the trombone tries to develop lyrical phrases on a furious accompaniement hammered by an impatient pianist. Follows up a trombone cadencia in which the pianist places a few dry and provocative chords after the manner of the toreros with their banderillas... and the race starts again with renewed vigour until the two exhausted protagonists stop by mutual agreement... as to let the audience burst into laughter. This four minutes work can be a nice opening or closing for a recital program.