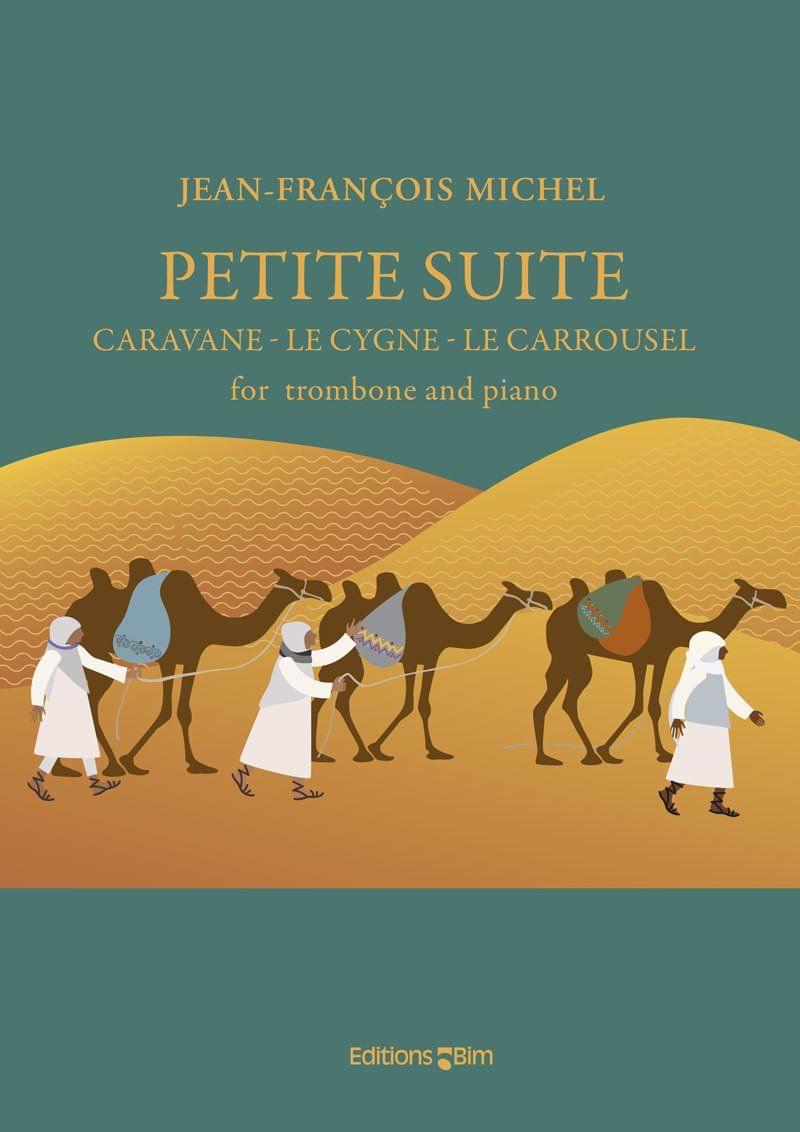 Jean-François Michel wrote this Petite Suite [Little Suite] with the intention of stimulating the musical imagination of the aspiring trombonist, with inspiring subtitles, where the music encourages some elementary ludic approaches to special effects like glissandi, mutes or blowing air through the instrument.

The interactive dialog with the piano has not been neglected, and it should engender a sense of musical complicity, the pleasure to play and... to be heard.