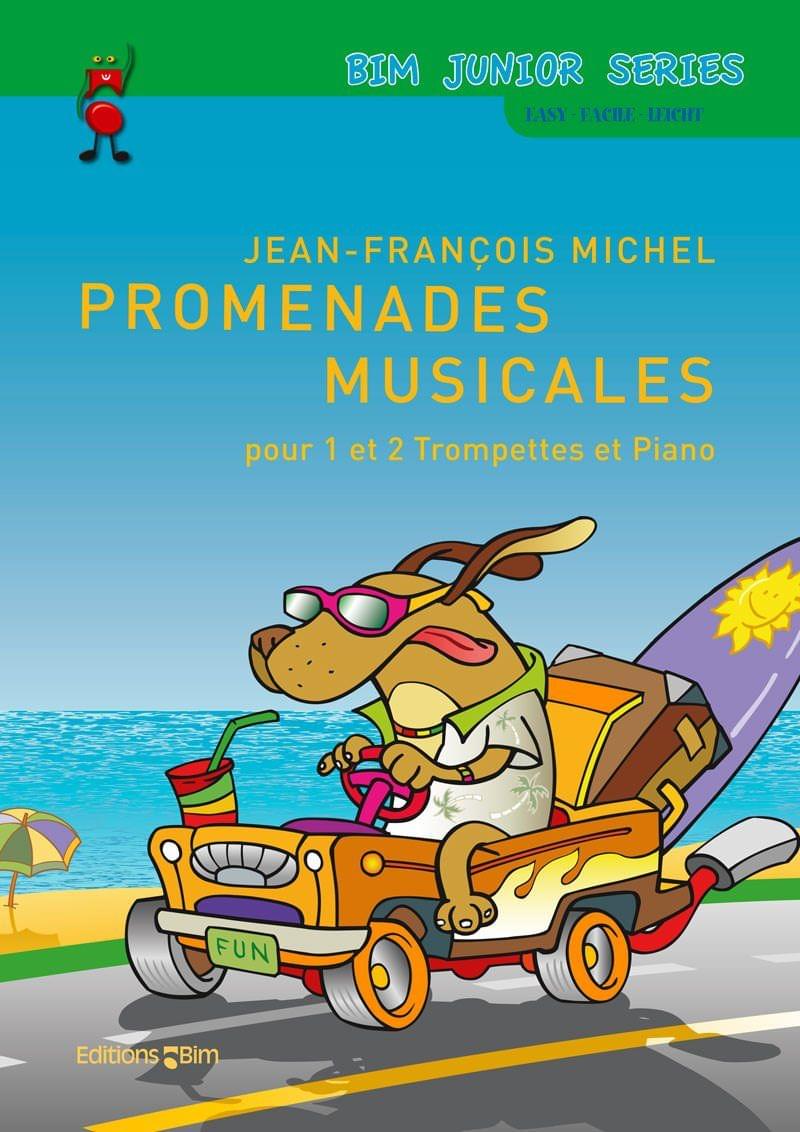 This album has several objectives: developing the musical sense and imagination of beginners, training them to coordinate with accompaniments (respecting the musical texts and developing a certain flexibility regarding rhythm and note values, articulations, rests, and empty bars to count) while familiarizing them with indications of tempi, rallentandi, accelerandi, dynamic variations and/or repeat signs. And all of these musical values are presented within the context of pleasant, easy-to-play trumpet parts.

The piano part has also been conceived to familiarize young pianists with the role of accompanist.