Digital versions purchased on our website will be available within 24 hours in the Newzik application.

5. View this product with the Newzik app for iOS or their Web interface to view and annotate the score. Print capabilities from Newzik are not available.

About 6 Sonatinas in C

The highest level of tower music

In the sonatas for two cornetts and three trombones, Hora Decima (1670) and Fünff-stimmigte blasende Music (1685), Pezel reached the highest level of so-called tower music, the compositions being arranged as suites and distributed all over Germany and even beyonf its borders. In 1674, he published his Bicinia Variorum Instrumentorum, of which the present six sonatinas for two trumpets form a part.

Trumpeters who have previously regarded Gottfried Reiche as the greatest Baroque trumpet player, since he played the difficult works of Bach, will be surprised to learn that the same high level of trumpet technique had already been reached in Leipzig a full fifty years before Bach ever set foot in the city. Furthermore, since Pezel was known as a trumpet player, there is every reason to believe that the composer himself first performed one of the trumpet parts of the six sonatinas published here.

Thus when Bach came to Leipzig in 1723, he found a fully developed school of trumpet playing with a well established tradition, as witnessed by these very works. 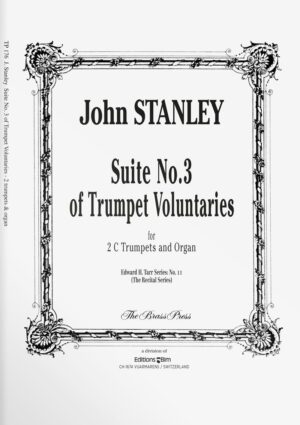 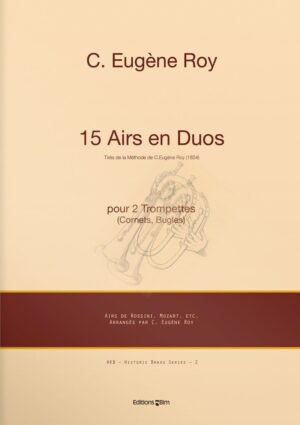 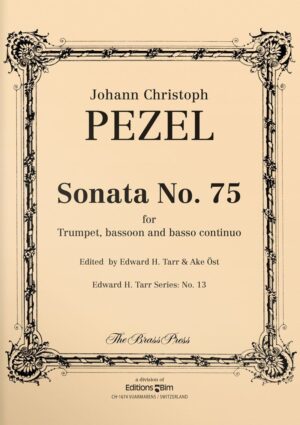 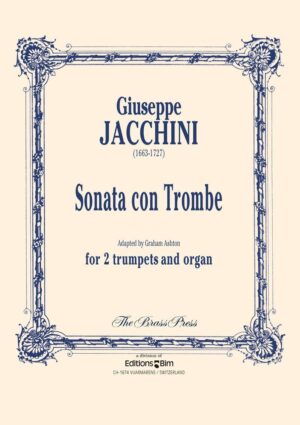 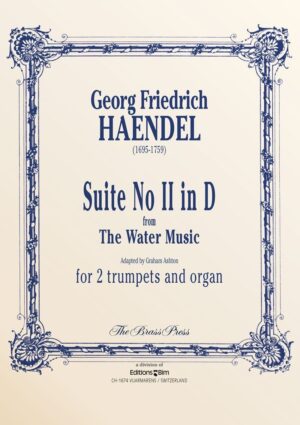 Suite in D from The Watermusic HWV 349 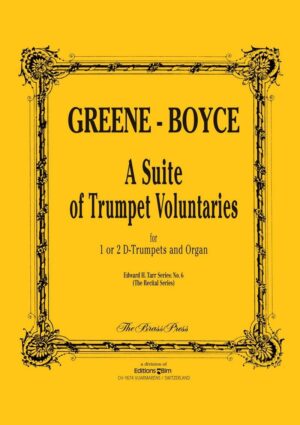 A Suite of Trumpet Voluntaries (in D)