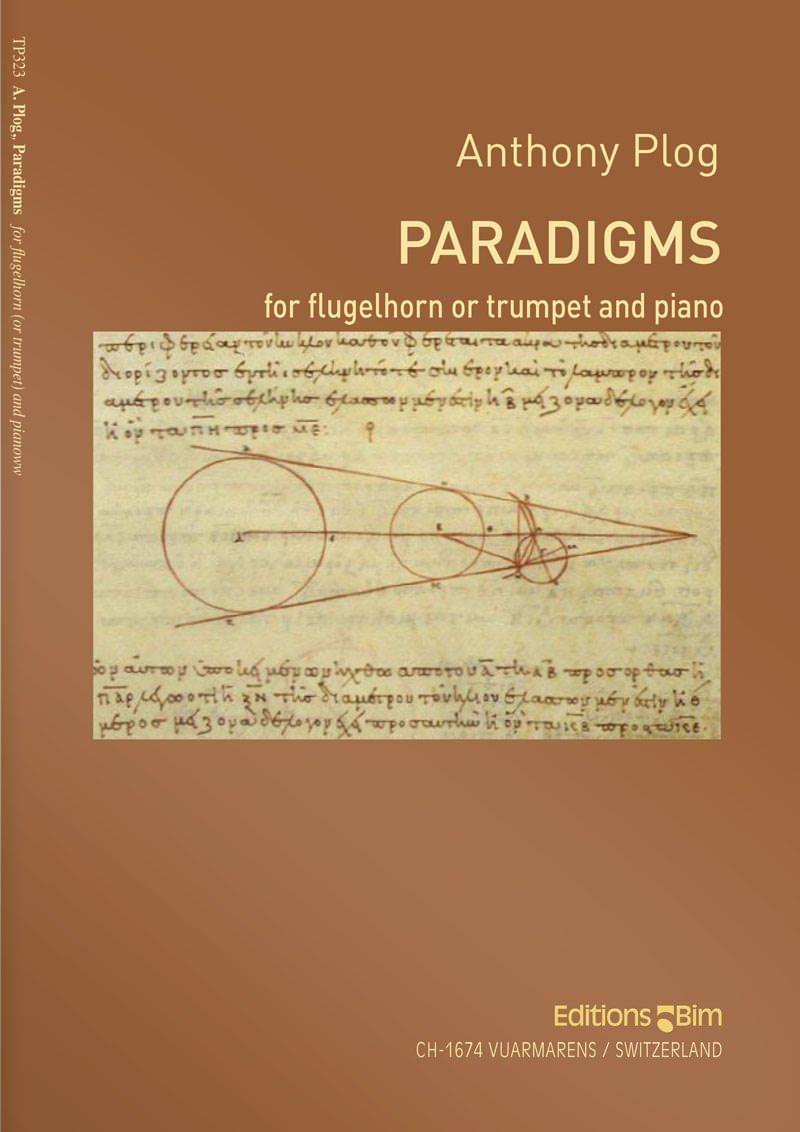 His Paradigms (elements of different forms) for flugelhorn and piano are written expressly within the confines of his  personal musical style and they address the dichotomy of man's robotic daily life in an agitated world and the resultant omnipresent personal anguish it generates.