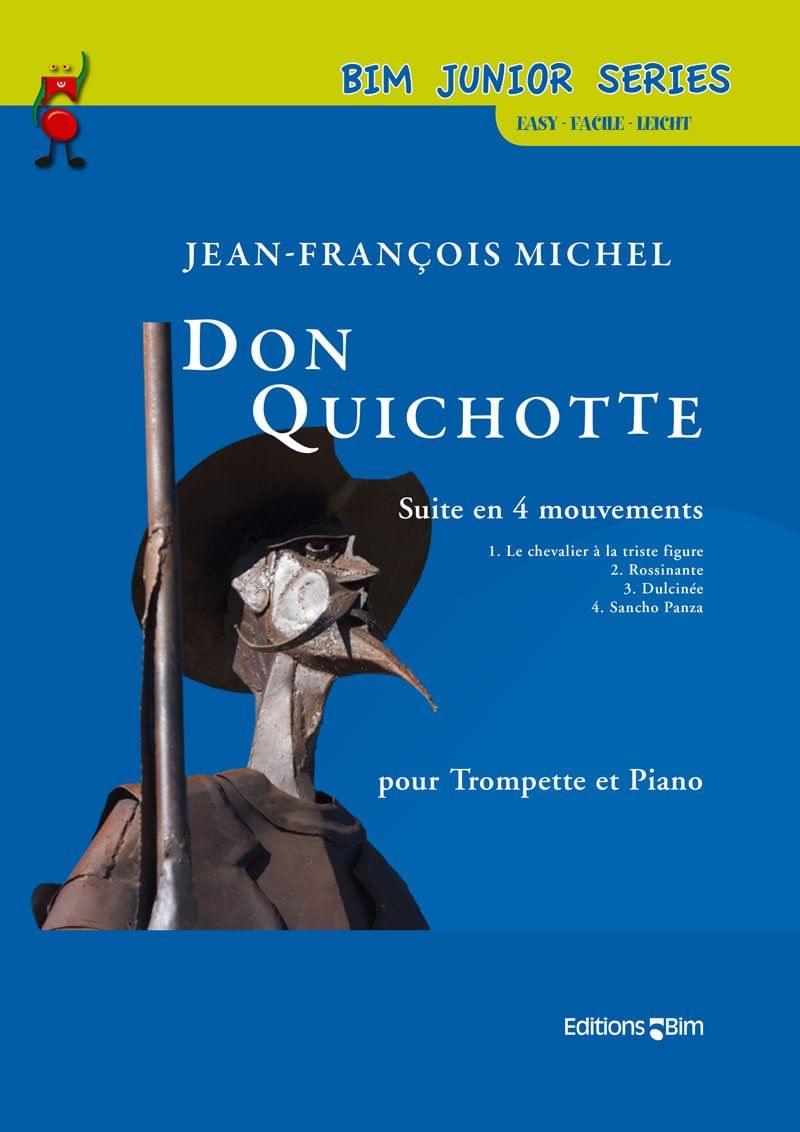 The pleasure to play

Technically, this enchanting “Don Quixote” suite was created for trumpet and piano players, whose instrumental competence exists somewhere between the 1st and 2nd degrees on a scale of 6 degrees of difficulty, to pursue their instrumental and musical development utilizing themes and rhythms based on the images of four mythical actors in Miguel de Cervantès’ (1547-1616) masterpiece which, since its first publication in 1605, has been deeply rooted into the world's cultural heritage. This music stimulates the pleasure to play with humor as well as developing an imaginative sense of interpretation.