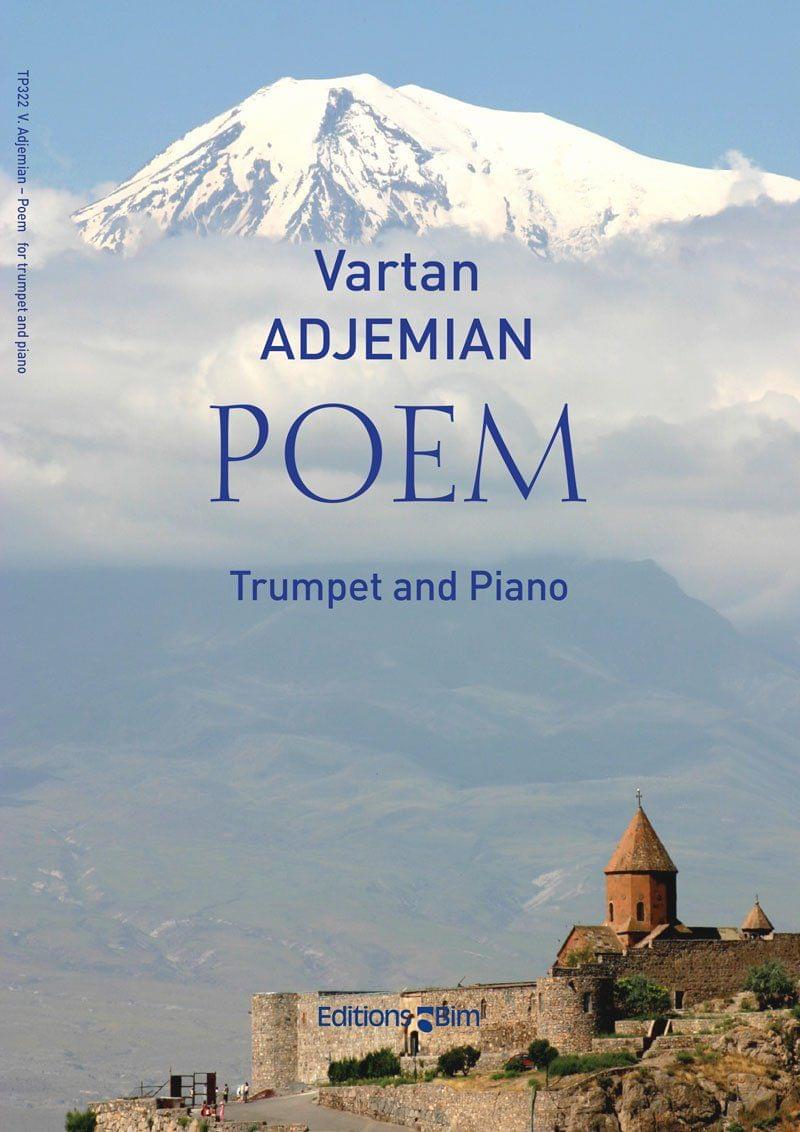 This musical Poem is an epic work with dramatic, mournful cries which Armenian composer Vartan Adjemian wrote in a masterly manner for trumpet and piano.

The piano part plays a critical role, creating a haunting sound environment featuring sometimes rhythmical, sometimes amorphous, dense or light harmonic textures, often within the context of a declamatory format, directing the trumpet towards its extreme and idiomatic expressive resources.

Poem is a strong work culled from the ancestral Armenian music tradition and enriched by the most modern worldly technical and musical developments. (jpm)