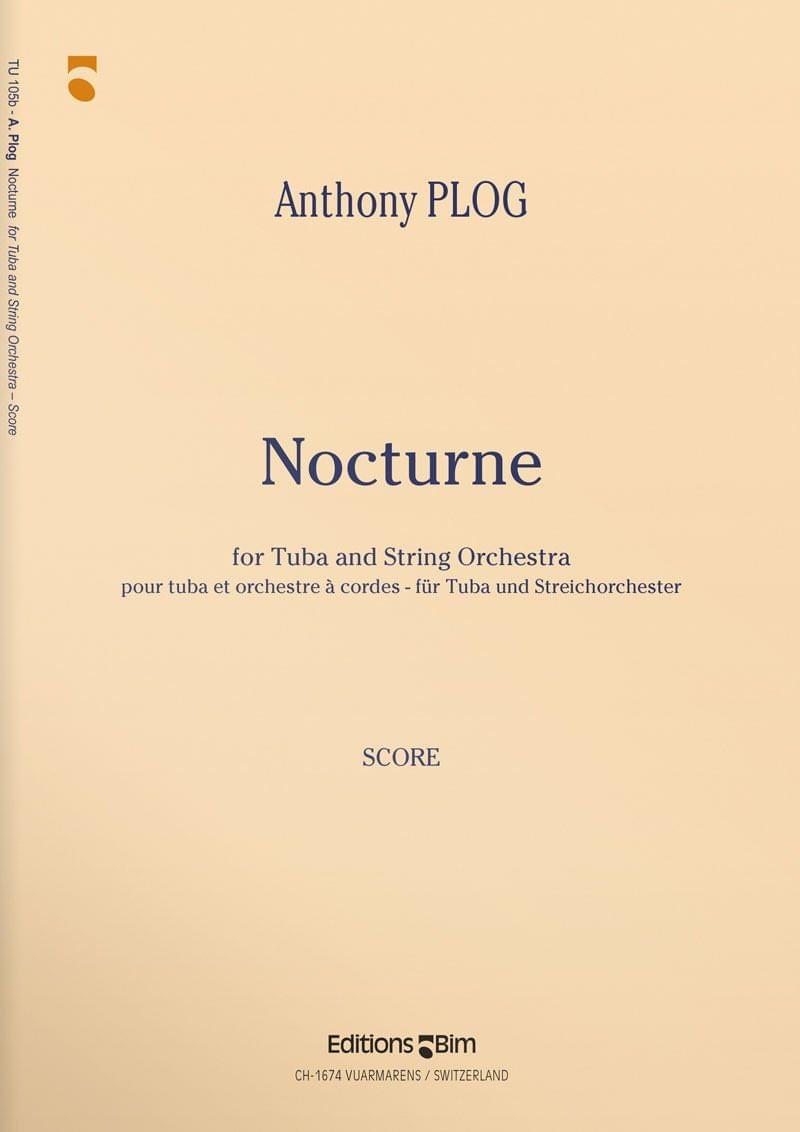 The tuba Nocturne begins with the solo tuba playing a lyrical and reflective passage, which forms the basis for much of the melodic and harmonic development of the piece. Several times an energetic allegro interrupts the mood of this opening section, and a chorale in the first allegro is developed more fully near the end of the piece. The Nocturne ends quietly and calmly.