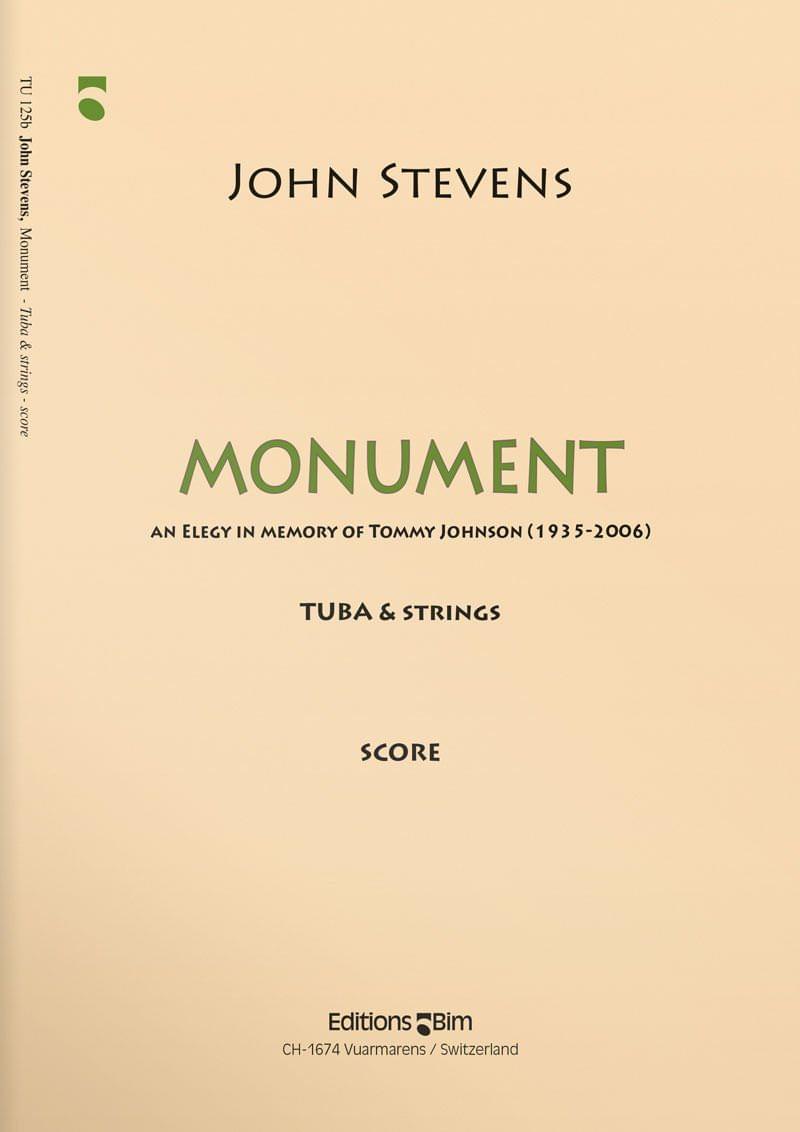 "Monument ", a nine minute Elegy for solo tuba and strings was commissioned by the renowned tuba icon Roger Bobo and dedicated to the memory of his great friend and esteemed colleague, tuba virtuoso Tommy Johnson (1935-2006).

The title was suggested by Roger Bobo as an appropriate way of remembering a man of exceptional stature, truly monumental and highly admired and respected by all of his friends, colleagues and students.

This work is intended to be an aural version of a monument; a way to permanently honor Tommy Johnson's legacy through the medium in which he worked. The music conveys a timeless sense of dignity, humanity and beauty, with an American flavor that reflects the era in which Tommy Johnson lived and worked.