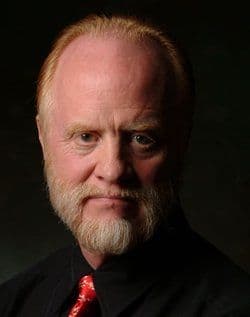 Jeffrey Agrell is a professor at the University of Iowa, USA where he teaches undergraduate horn, directs the Horn Choir, coaches chamber music, and performs with the Iowa Brass Quintet. He earned a B.A. at St. Olaf College and a Master of Music in horn at the University of Wisconsin-Madison. He did further studies at the Institut de Hautes Etudes Musicales, Montreux, Switzerland and at the...
Read more

«Eccentric Dances» was commissioned by Swiss tuba soloist Remo Capra. The idea of «dances» for tuba was irresistible, giving the lowest brass instrument a chance to show off its expressive versatility and technical agility. The «eccentric» adjective promises the performer and listener the chance to hear the tuba in some unusual musical settings. The movements are unnamed, but the key to the mood of each «dance» is given by an indication at the beginning.

The first is labeled ponderous/impudent, which alternates bold, aggressive statements with lighter, sassier responses in a quasi-dialogue effect. Movement 2 is insouciant - nimble, agile, light-hearted, dance-like in character. Halloween may have influenced movement 3, spooky, as soft, angular phrases alternate with violent interjections. In movement 4, con ritmo latino, the tubist (accompanied by himself toe-tapping offbeats) has to show what he can do with some lively Latin rhythms and melodic lines. Bluesy, movement 5, starts off lazily, but picks up in energy, requiring some agile leaps to jazzy rhythms. The last movement - slowly, declamatory begins as a declamation, then moves abruptly into a fast, syncopated section that alternates with more lyrical passages.