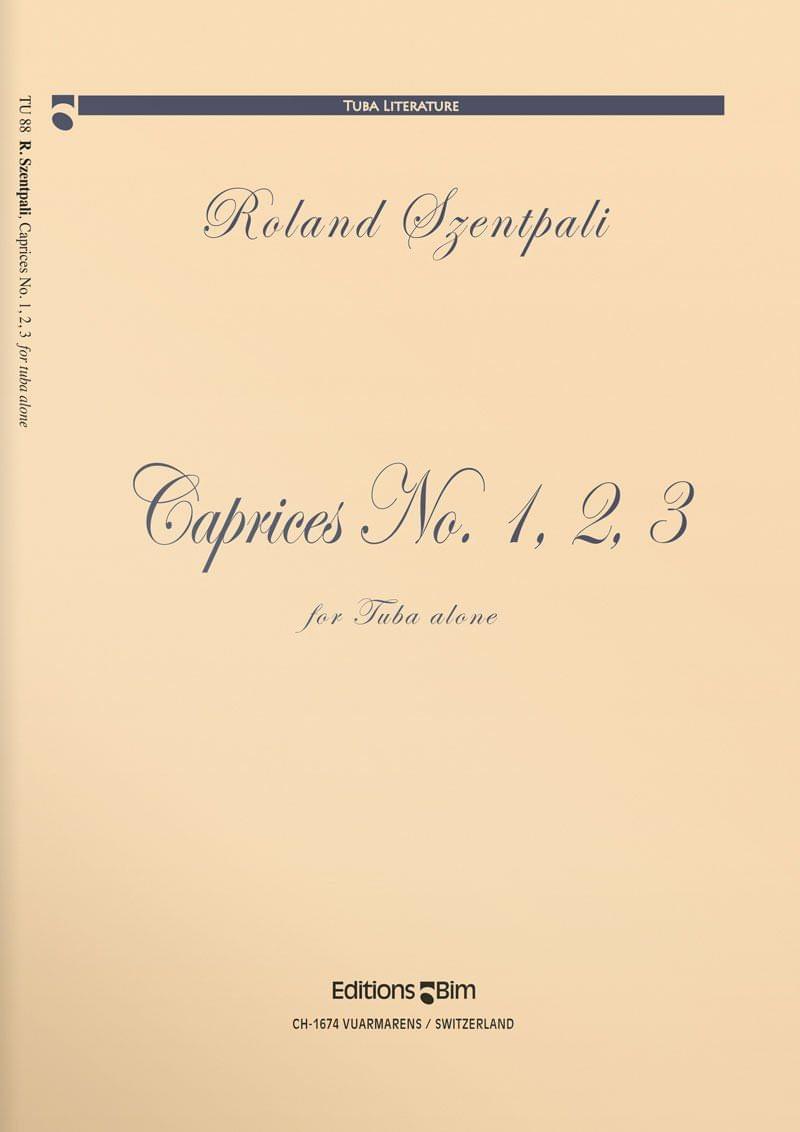 Caprice No. 1 (1993) This was written following my first meeting with tuba virtuoso, Roger Bobo, whose impressive playing and energy inspired me to write the piece.

Caprice No. 2 (1997) When I was studying in Salzburg, I was very envious of the legato capabilities of instruments like the cello and the bass clarinet, but I was unable to find any pieces in the tuba repertoire that emphasized that type of legato style; so I improvised some things and wrote them down, one measure at a time. This was the genesis of Caprice No. 2, and it also helped to improve my legato.

Caprice No. 3 (2003) This was witten for the Tuba Journal’s Gem Series. It was my intention to juxtapose the different styles of tuba playing, like orchestral and solo, within a single work. The piece begins as an orchestral excerpt study, which reflects the fact the tuba’s basic function is as the bass voice of an orchestra, but it also includes various other aspects of the tuba personality, from the overtly aggressive to the downright silly.