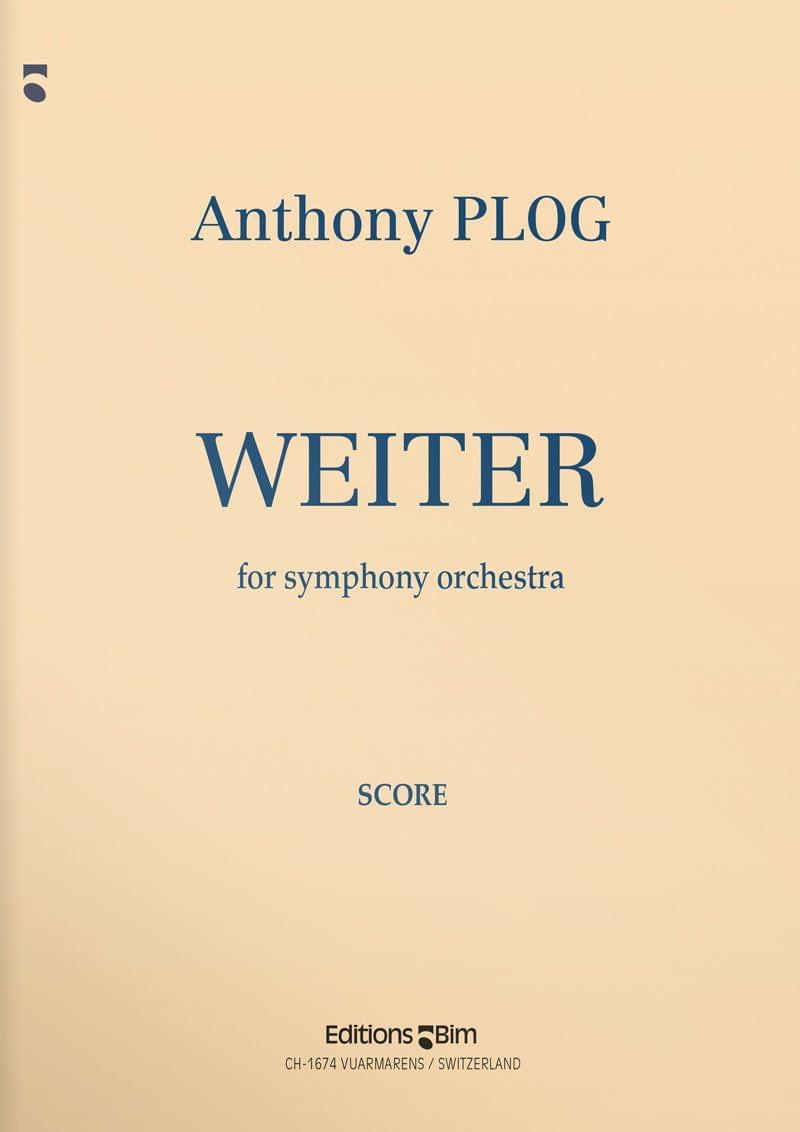 Weiter is a short work for orchestra that uses a single rhythmic motif as its main impulse. This motif (a series of eighth notes followed by eighth rests) propels the piece through its various sections. The word Weiter is used in many ways in Germany, and as a coach on my daughters football team, quite often I would hear people shouting, "weiter, weiter", meaning, keep on going forward, don't give up.  And that is exactly what this piece is about - forward movement that doesn't stop until the final chord. Anthony Plog