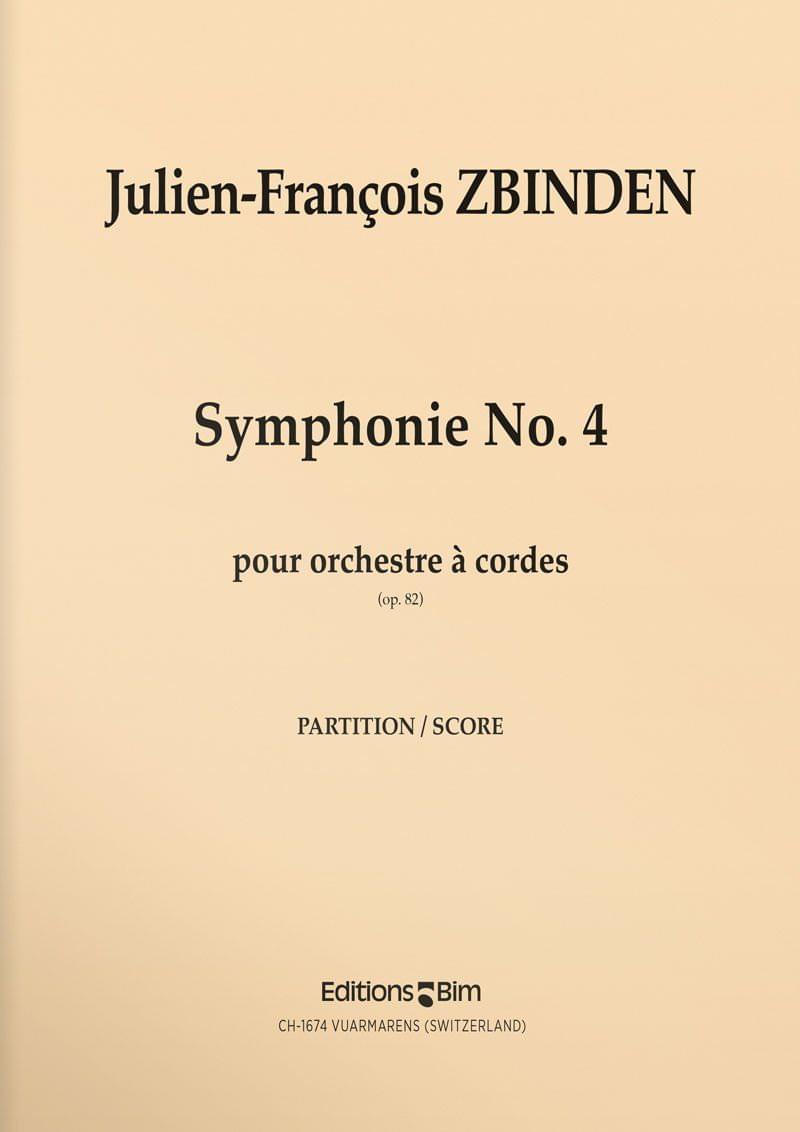 The 4th Symphony is divided into four movements.

I. Lento misterioso, Allegro
The first half of the work opens with an ostinato in the celli, in which an anxious, continually syncopated six-note motif develops toward a paroxysm of violence. The atmosphere then relaxes until a suspended chord expresses tenderness. The second half of the work is an interplay between the forces of a featured interval of a fourth and the energetic punctuation of bitonal chords, followed by a more expressive motif in the form of an ascending scale.

III. Moderato molto
Played entirely with mutes, this movement goes back and forth between crying and laughing, the evocation of distant memories of lost happiness.

IV. Prestissimo
Interrupted by an Andante recitativo e passionato, this movement shines with brilliance and élan.