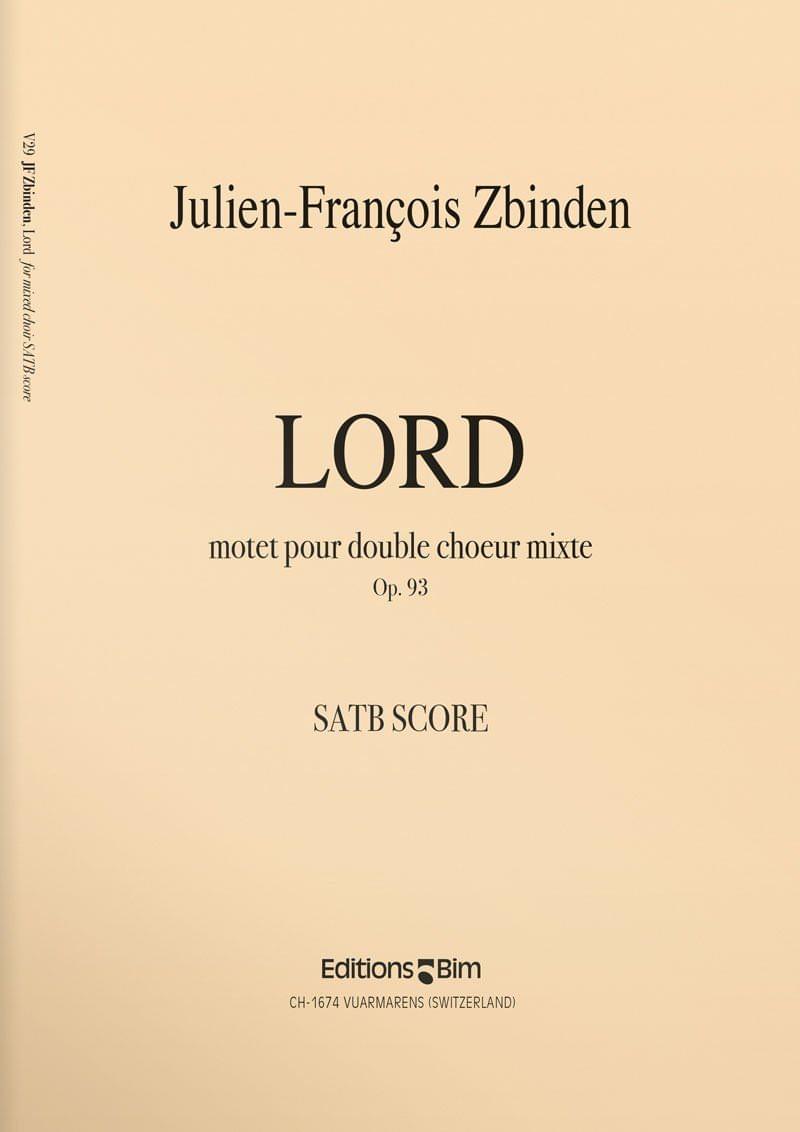 LORD is built around three phrases.

The first, “Lord, you made the night too long,” is the title of a piece performed in the 1930s by Louis Armstrong. The words of these phrases appear only successively. The work opens with the vowel "o", introduced in turn by the 8 voices. “O Lord, you made the night” is the object of a fugato section of dolorous character to which a tenor solo responds, which then moves into a new fugato section that is rhythmically chanted, ending very violently. It is only then that the end of the phrase, "too long," is sung by the soprano and alto soloists in a sorrowful manner.

Finally, the last phrase, "Glory to the Lord," begins joyously, and gradually builds to a triumphant chorale, before dying away into silence.