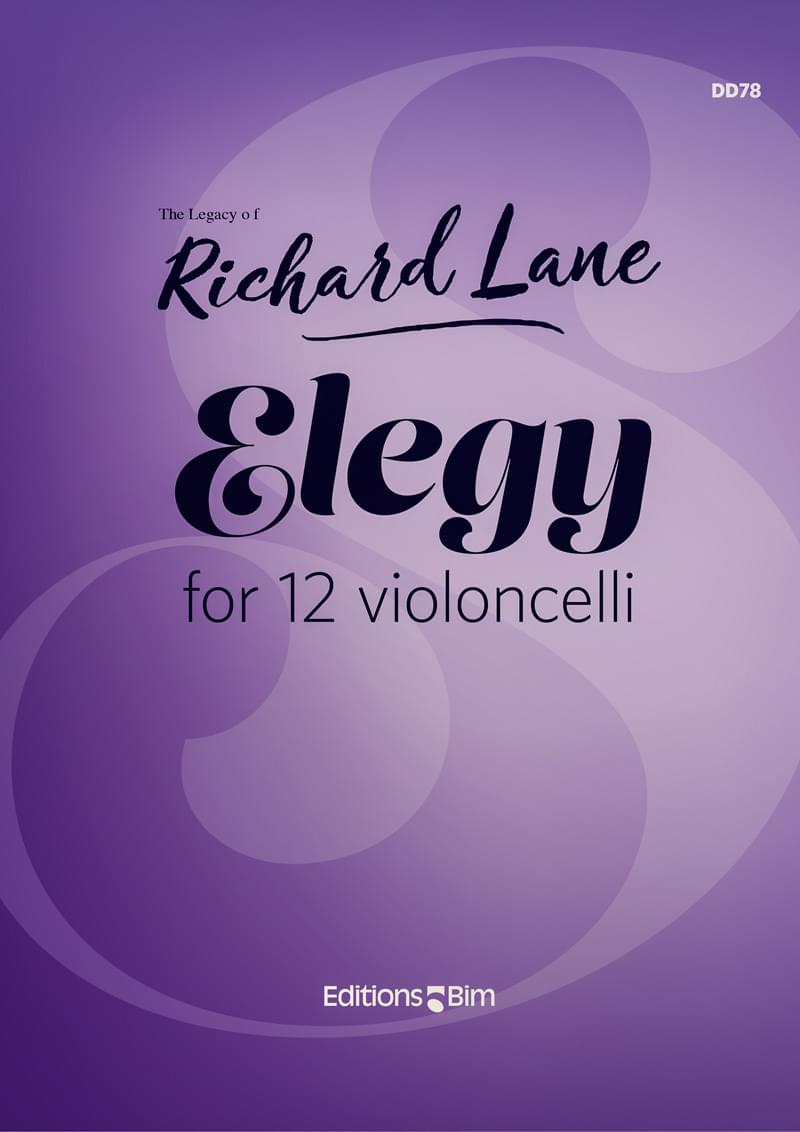 During the academic year 1960-61 Richard Lane (1933-2004) was in Lexington, KY, USA. He had received a grant from the Ford Foundation to serve as a resident composer at Henry Clay High School - a public high school in Lexington. I was a senior that year and a cellist in the Henry Clay Orchestra directed by Joe Beach. We had a large cello section numbering 12 which must have inspired the young Richard Lane to write the Elegy.

Our cello section gave the first performance of it in Spring, 1961 at the Music Educators National Conference (since 2012 with new name: “National Association for Music Education”) convention in Asheville, NC. Many years later the Elegy surfaced in my memory as I was working with my young Cello Choir at The Blair School of Music at Vanderbilt University (Nashville) - which numbered 12 cellists. I wrote to Richard Lane and he so graciously sent me a hand written score and parts to the Elegy. My Cello Choir enjoyed learning it and performed it on our tour to Germany in 2004, the year Richard Lane passed away.