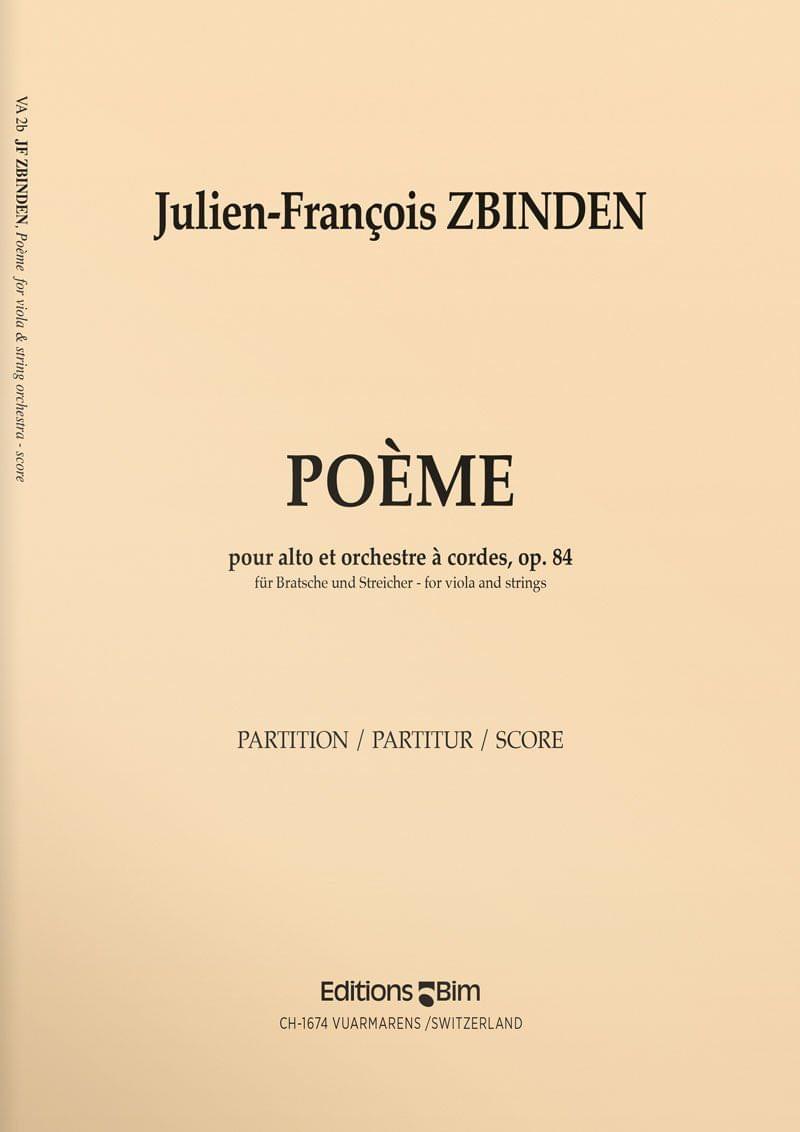 The one-movement work begins with an ostinato which builds with a large crescendo. The instrumental soloist responds violently with a cadenza which grows calmer to set up the appearance of a dissonant motif of ascending quarter notes which occurs throughout the rest of the composition. An andante makes up the middle section of the work in the form of a romanza. This episode is followed by a light and virtuoso Allegro marcato which introduces a second cadenza by the soloist. The following passage, calm and expressive, makes contrapuntal use of the theme of the romanza. After a quote from the Allegro ends dramatically, the work concludes calmly, but not without sadness. It dies away with harmonics in the viola. The final note, played without accompaniment, fades into nothingness.