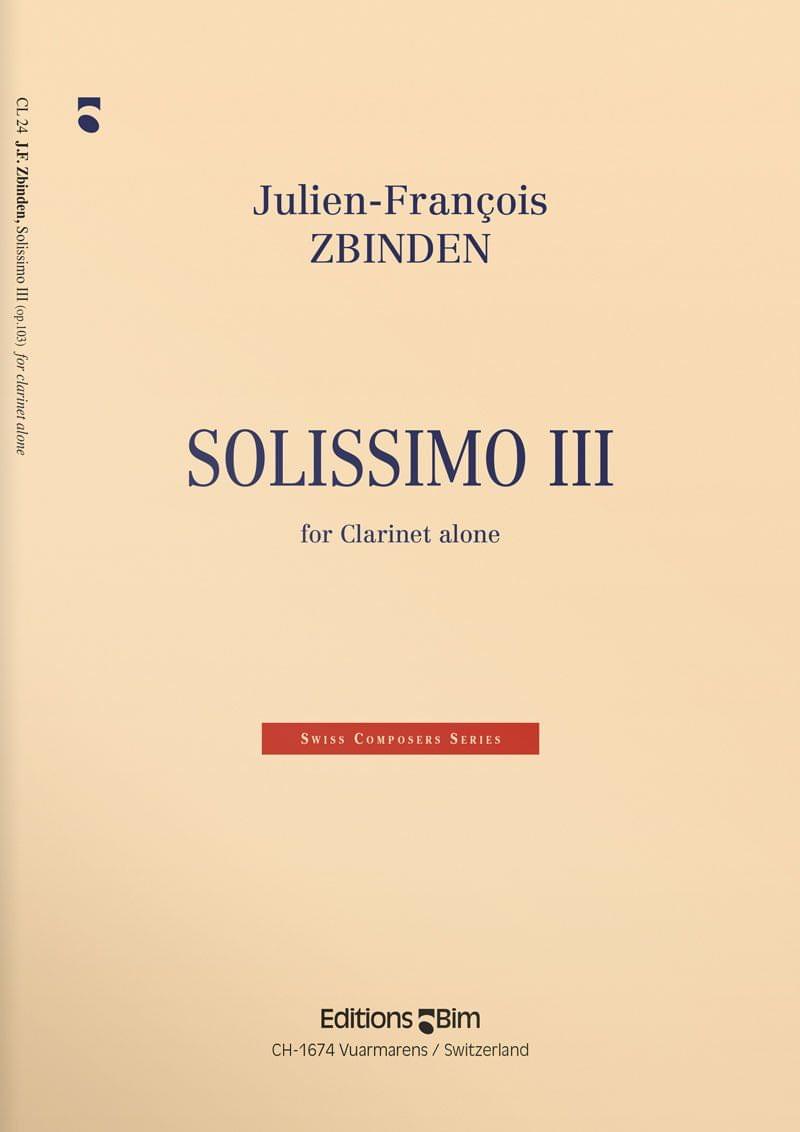 The first part of Solissimo III for clarinet alone – Lento – was written in the form of a passacaglia. A low theme of twelve measures exposed in the chalumeau register of the clarinet is repeated three times, with progressively more complex ornaments added until it ends in fortissimo. A brief transition of calm merges into the second part – Andantino – a subtle lyrical expressive song based on the rhythm of a barcarolle.

The Allegro of the third part is in complete contrast to what preceded it. It is based on a mischievous theme that covers the complete range of the instrument before evolving into a short cadenza which recalls the motive of the Andantino before returning to the Allegro theme which functions as a brief coda.