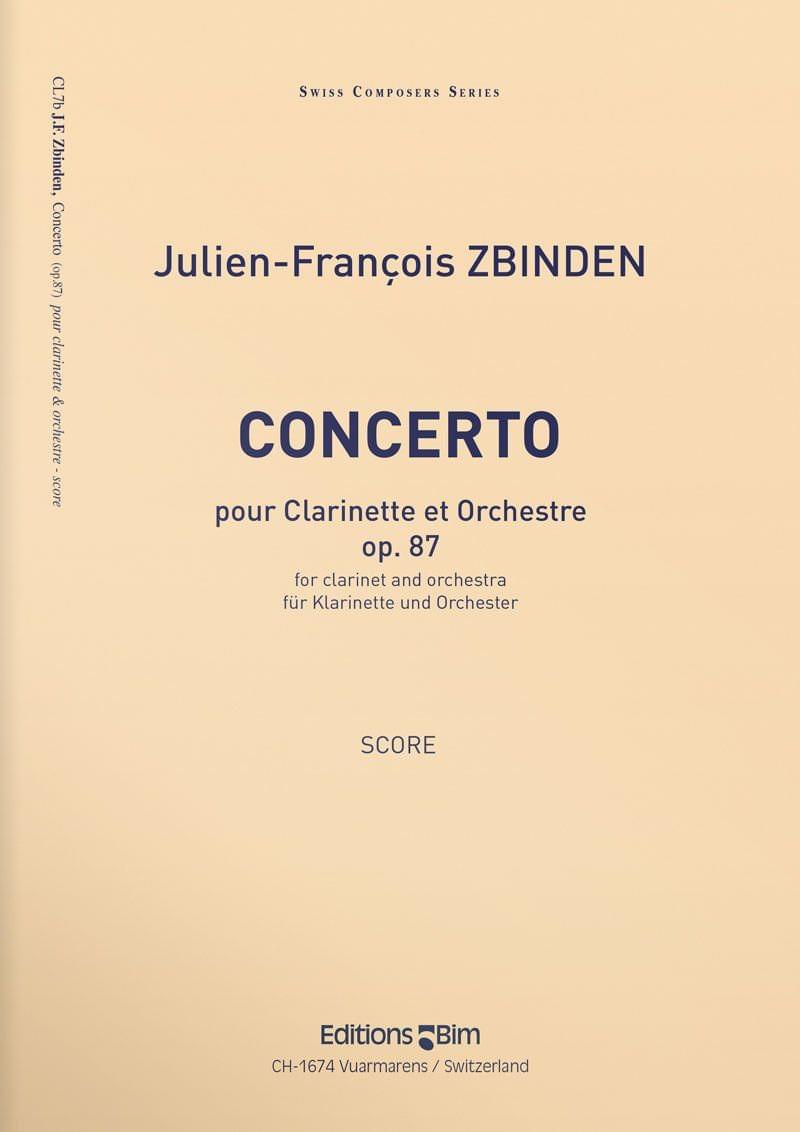 The Clarinet Concerto consists of three movements, each a tribute to someone:

1) "Hommage à I'Interprete" [Homage to the performer"] is based on a theme using ascending and descending scales in part one (Allegro moderato). Part two is a livelier Allegro scherzando. This first movement is the only one which contains two really traditional cadenzas for the performer's enjoyment (hence the title of this Homage).

2) "Hommage à Ella Fitzgerald" [Homage to Ella Fitzgerald] was written in the spirit of the blues. It begins and ends with the notes E and F, the initials of "Lady Swing", the extraordinary singer. She passed away in April of 1996 during the writing of this concerto.

3) "Hommageà Benny Goodman" [Homage to Benny Goodman] also uses (episodically) the initials of the famed jazz clarinetist: Bb and G. This fast movement is mainly rhythmical, and as befits such a homage.