Andre Danican Philidor, known as the eider, was born in Versailles around 1647 and died in Dreux on 11th August 1730. The illustrious musical family of which he was a member came to prominence during the reign of Louis XIII and died out shortly after the French Revolution.

Andre Danican was the first composer in this musical dynasty. His rise was rapid: drummer in the Grande Ecurie at the age of twelve, then oboe in the King's Chamber, later musician of the King's Chapel. As one of the founders of the king's music library in Versailles in 1684 he assembled a considerable collection, which bears his name (Biblio- theque National, Paris) 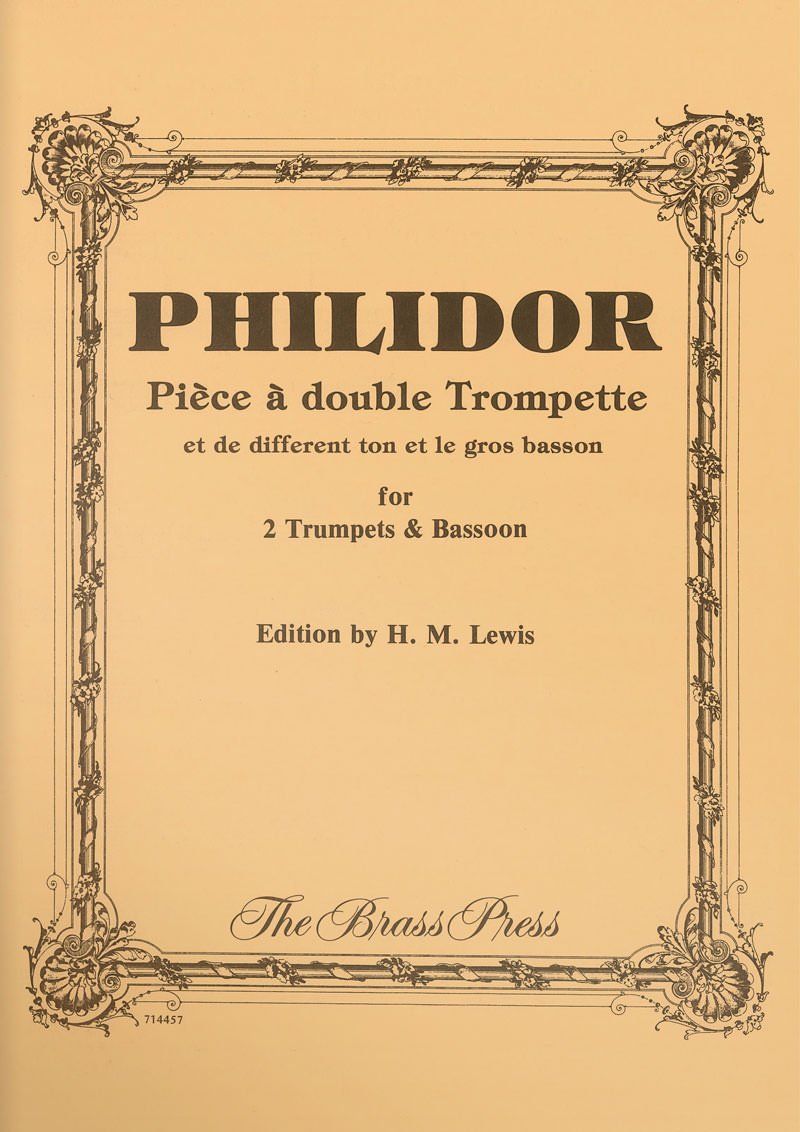 for 2 trumpets and bassoon