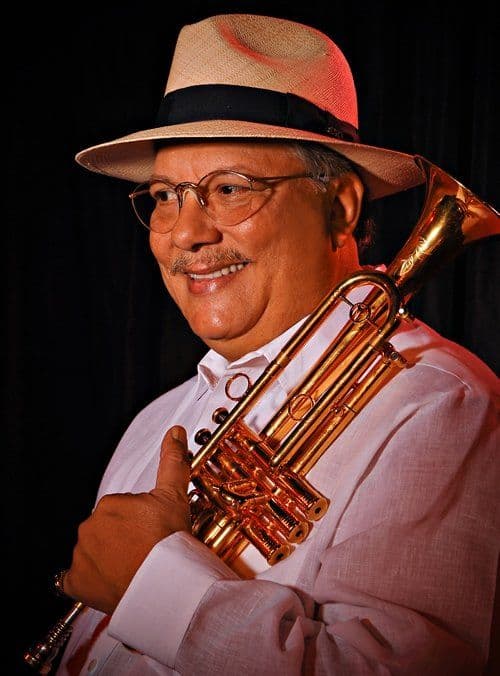 Arturo Sandoval was born November 6th,1949 in Artemis, province of Havanna, Cuba. At the age of fifteen he entered the Cuban National School of the Arts where he studied classical trumpet. In 1965 he met the great Russian trumpet player Timofey Dokshidser and was deeply impressed by his artistry. From 1974 to 1980 he played with the famous Cuban Irakere big band. Then he created his own band, started to travel to foreign countries, getting finally the international recognition he deserved. In 1990 he left Cuba for good and settled in the USA. He has since toured all over the world, recording many CDs and his fame is growing constantly. His phenomenal virtuoso trumpet playing and his great talent as a pianist and film music composer are admired worldwide by classical and jazz musicians.