Hermann Ley was born on July 12, 1845 in Apenrade, Germany, as son of a teacher and organist. He attended the courses of Moritz Hauptmann, Ernst Friedrich Richter, L. Plaidy, Dr. Papperitz, Karl Reinecke and Dr. Franz Brendel at the Leipzig Conservatory from 1864 to 1867. In 1869 he found a job in Schleswig as organist of the military religious services in the chapel of the castle of Gottorp. In the same year he left for Kiel, where he worked at the Church of the Holy Spirit until his engagement at the Dome of Lübeck in 1875. On April 1, 1922, he retired after over fifty years of activity. Hermann Ley died on November 28, 1930.

Among his works for organ, choir and his Lieder, his motets for children and women choir are particularly appreciated. 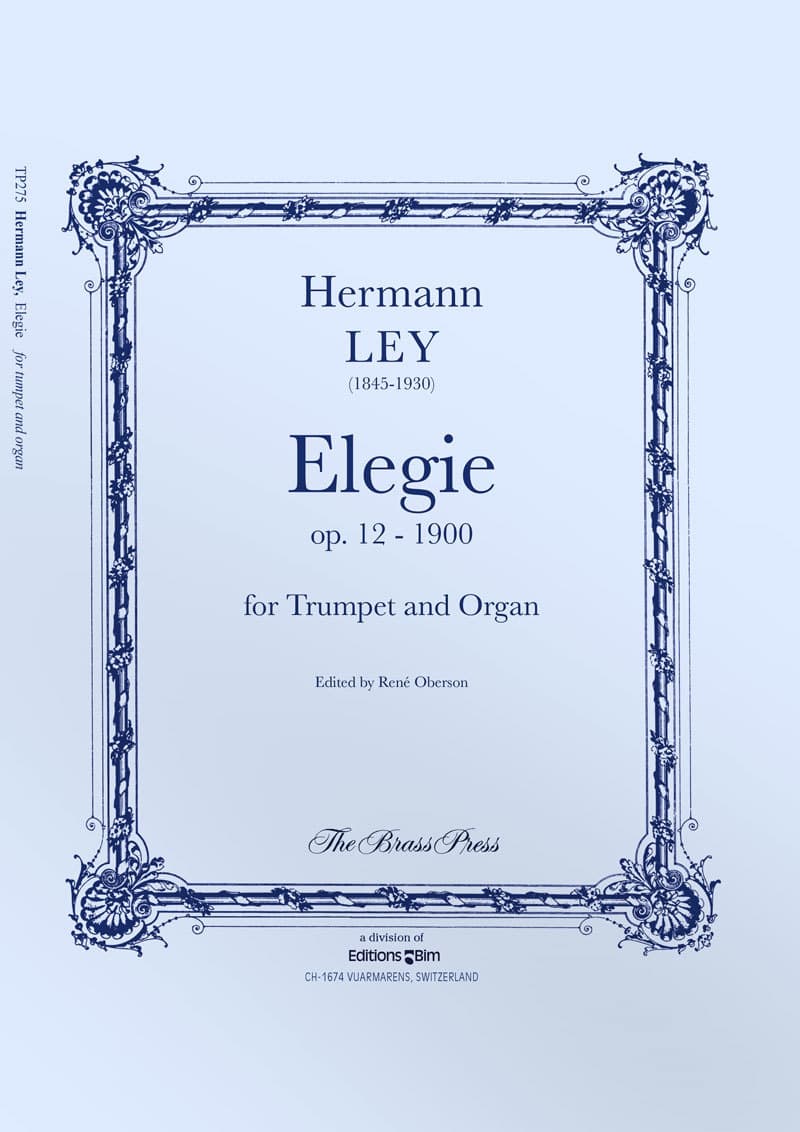 Elegie
for trumpet and organ