Jan Kltitel Jili Neruda – his forenames mean John the Baptist George – received his education in Prague and for a time played the violin in a theater orchestra there, as did his elder brother by about two years, Jan Chrysostomus. (In 1726, his brother took Premonstrate orders, living until his death in 1763 in Strahov Abbey.)

After a period which was filled with concert tours, Neruda was taken on as a violinist in 1750 in the renowned Dresden court orchestra. Later he became concertmaster, and in 1772 he retired. His compositions include church music, an opera "Les troqueurs", 18 symphonies, 14 instrumental concertos, and several trio sonatas. 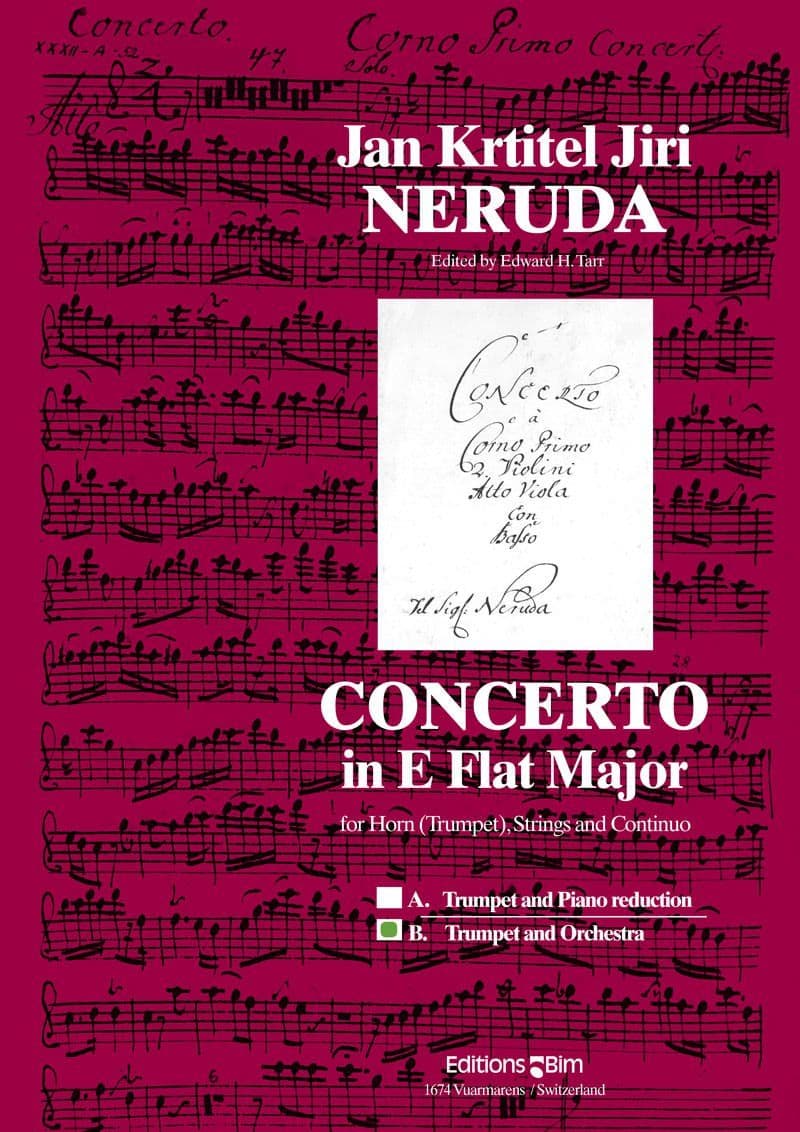 Concerto in Eb Major
for trumpet and string orchestra