Johannes Matthias Sperger (1750-1812) was born in Feldsberg (today Valtice, Czech Rep.), and received his musical education as a composer and contrabass player in Vienna during the time of Mozart. After several years service in the orchestra of the Archbishop of Pressburg, he went on extended concert tours that made him famous as a contrabass virtuoso and composer, both at home and abroad. In 1789 the court of Archduke Friedrich Franz I in Ludwigslust appointed Sperger to the position of principal contrabass in the Mecklenburg- Schwerin Court orchestra, where he remained the rest of his life.

Today, if he is acknowledged at all, it is as a great contrabass virtuoso and composer for his instrument. It is not generally known that this (probable) pupil of J.G. Albrechtsberger also wrote chamber music for different instrumentations, cassations, divertimenti, symphonies, church music and many solo concertos with orchestra including some for brass instruments. 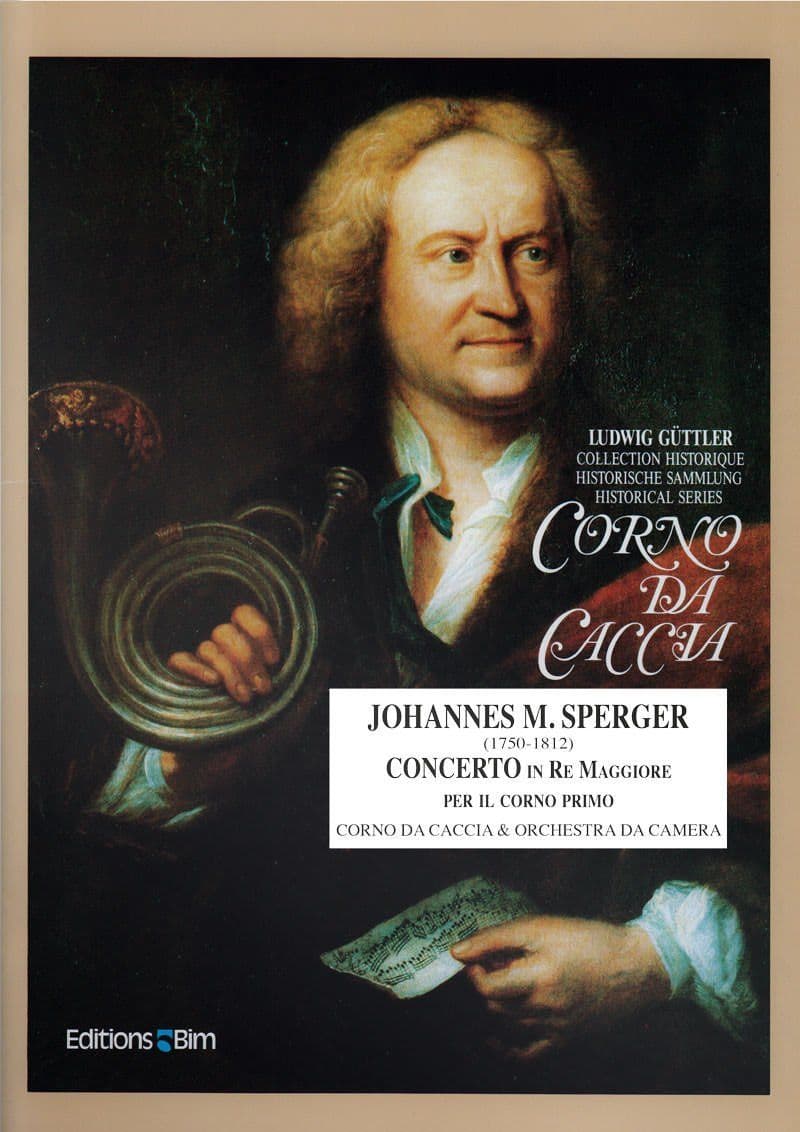