Son of the great Armenian painter Martiros Saryan, Lazar was born on 30 September 1920 in Rostov-on-Don, Russia. In 1921 his family moved to Yerevan, Armenia, where Lazar’s talent for music gained him entrance into the conservatory’s special classes and the chance to study with renowned composer V. Talyan. In 1939 he joined the Soviet army and in 1941 left for the front, where he was to remain until the war’s conclusion. Between battles, Lazar directed his regiment’s musical activities. In 1945, Lazar entered the Moscow Academy of Music as the composition student of Dimi-tri Shostakovitch. Following his studies, he was assigned the instrumentation classes, and later the composition classes at the Comitas Conservatory in Yerevan. After a brief tenure as president of the Union of Armenian Composers (1955-56), from 1960 through 1986 he headed the Yerevan Conservatory. His students include Tigran Mansurian, Rouben Altounian, Rouben Sarkissian and Stepan Lusikian, notable contributors to the fascinating development of contemporary music in their native land. Lazar Saryan is considered one of Armenia’s most important 20th century composers. His opus is comprised essentially of symphonic works and chamber music. But he also wrote several songs, romances and film scores. He died in 1998 in Yerevan 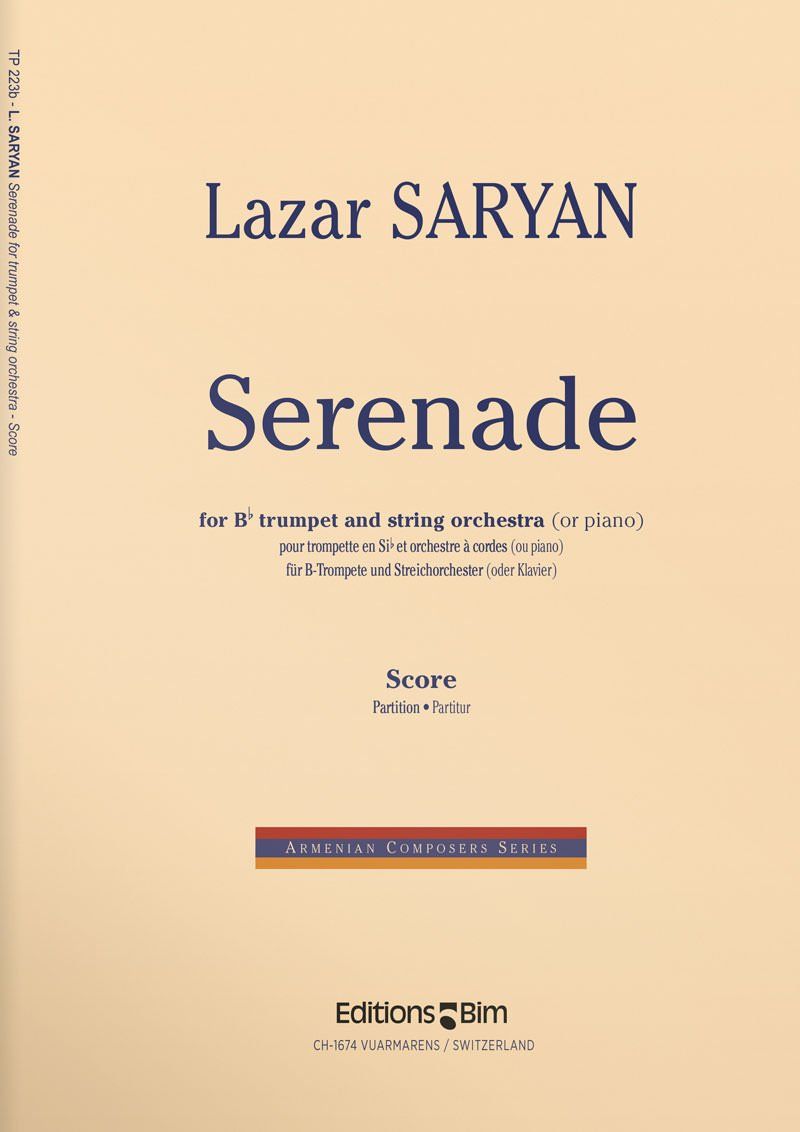